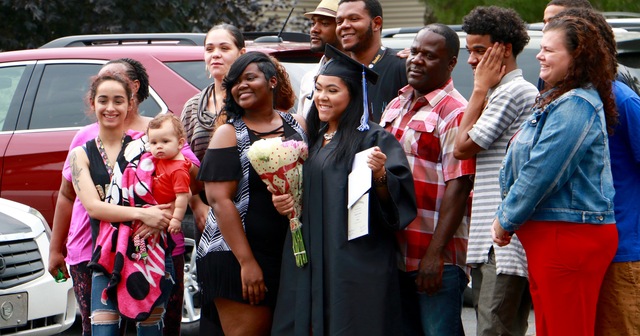 In a vacuum of legislative leadership, the Michigan Department of Education is struggling to rate and report school quality in a meaningful and useful way. The challenge to getting good information is acutely felt by parents in Detroit, a city marked by poverty and institutional failure.

The proposed new method for measuring school performance improves upon the old Top to Bottom Rankings. But an important question has been mostly ignored in all the recent discussions about accountability: How do we judge the quality of schools specifically focused on rescuing troubled youth and giving them a second chance?

The latest version of Michigan’s federal school accountability plan indicates the state “has committed to developing a new, voluntary, parallel system of accountability for alternative education programs based on an application and relevant school demographics.”

Two prominent examples of alternative education programs that have seen success are Lighthouse Academy and Muskegon Covenant Academy. Based in Grand Rapids, Lighthouse is focused on educating young people who have been suspended or expelled, or just need extra help with a special education learning plan.

Amiah represents an amazing success story. She comes from a broken home and a rough, tragic and transient childhood, ultimately getting kicked out of her public school for fighting. When her situation looked darkest, she found help and support at Lighthouse Academy — including through the Jobs for Michigan’s Graduates program.

Lighthouse Academy, which is authorized by Ferris State University, also stepped in to provide schooling to abused, neglected and delinquent youth at northern Michigan’s nonprofit Eagle Village in 2016. Eagle Village ended its computer-based learning program through the local intermediate school district and partnered with Lighthouse to deliver more traditional classroom instruction. All signs point toward a much better learning experience for Eagle Village’s highly mobile residents.

“The results of this past school year make it very clear to us that we made the right decision,” says Cathey Prudhomme, president and CEO of Eagle Village. “We have seen improvements in our kids, the quality of their education is better, and we had two residents graduate high school. Also important, our kids actually prefer this way of doing school. They like being able to switch classes, have variety in their day, get up and move, and have some interaction with people. This is a much better solution for all of the kids we work with.”

Farther west, Muskegon Covenant Academy works with students who have dropped out, live on the streets or had encounters with the juvenile justice system. Through its close partnership with the Covenant Academies Foundation, the school provides a year-round caring, constructive environment and services tailored to their students’ unique challenges. The school uses a “blended learning” instructional model that enables students to work at their own pace, one course at a time, as they try to catch up on their studies.

Muskegon Covenant is the fruit of visionary founder Sam Joseph. Concerned for the plight of young people who had fallen through the cracks of the traditional district system, he launched alternative programs in Detroit and Grand Rapids before venturing into Muskegon. In January another Covenant Academy opened in Kalamazoo. Another is slated to launch next year in Saginaw.

Michigan’s current accountability framework gave both Lighthouse and Muskegon Covenant academies the lowest possible ratings in 2015-16 because students didn’t meet the state testing benchmarks for general education programs. But most of the youths enrolled at these charter schools, not to mention the dozens of other alternative programs run by conventional districts, start out far behind and face uncommon struggles.

It’s not so easy to develop an accountability framework that is appropriately fair to the distinct challenges alternative programs face, while also recognizing those that truly give their students a promising second chance. But what is clear is that different metrics are needed to capture evidence of academic achievement and growth in alternative programs, as well as measure how well they prepare Amiah and students like her to become productive citizens.

State officials need to upgrade the quality and accessibility of information on all schools statewide. Along the way, they should take care to accurately assess schools that serve students who have grown accustomed to being overlooked.