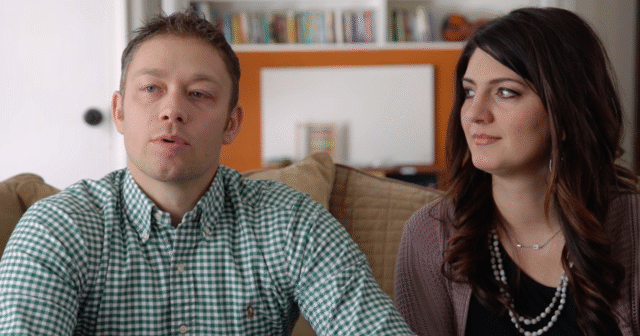 Many Michigan Families Sacrifice for Choice

The Coston family scrapes together funds to pay the monthly bill to send their children to Calvary Baptist Academy. They love the school's challenging academics and emphasis on faith and character.

"Our family has needed to make some really big sacrifices, because we believe this is important," said Nate, father of three. "And so we're basically going to do whatever it takes."

Residents of Midland, Mich., the Costons are one of several families from around the country featured in the new documentary "Big Sacrifices, Big Dreams." The 30-minute film looks at the anti-Catholic roots of so-called Blaine amendments — common provisions in state constitutions that can prohibit families from using public funds to finance private education options for their children. Produced by the Pioneer Institute, the film is slated to be released for the eighth edition of National School Choice Week (January 21-27).

As the documentary observes, Blaine Amendments hurt or otherwise limit families in 38 states. But the most recently created and tightest restrictions can be found in Michigan’s constitution. Fueled by an anti-Catholic backlash, a 1970 voter-approved measure amended Article VIII, Section 2 of the state constitution and it now reads: "No payment, credit, tax benefit, exemption or deductions, tuition voucher, subsidy, grant or loan of public monies or property shall be provided, directly or indirectly" to support students whose parents have decided to enroll them in private schools.

A 2016 Mackinac Center survey found there were about 21,000 open seats in Michigan's diverse collection of 600 private and religious schools. Average tuition, especially at the elementary and middle school level, is substantially less than what surrounding public schools spend per pupil.

As of the survey, the state's private schools enrolled a total of 113,000 students, a number in decline from previous years. Some families, not too different from the Costons, have lost the ability to keep up with tuition payments. On top of that, they still have to pay taxes to support the educational choices many other families make.

Meanwhile, the poorest Michigan families rarely can even consider the private school option. A place like Detroit Cristo Rey High School provides a religious, college-prep work-study program exclusively targeted to low-income students. Similar schools are highly unlikely to appear in our state without public funding or tax benefits that support parents who might choose them.

Michigan made a grave error by limiting access to a broad range of education options. Until that error is corrected, some people, like Arlete do Carmo — a Massachusetts parent in the documentary — will be forced into making difficult sacrifices.

Do Carmo explained why she works extra hours cleaning houses to keep her daughter in private school: "I don't have the money, but she has big dreams."