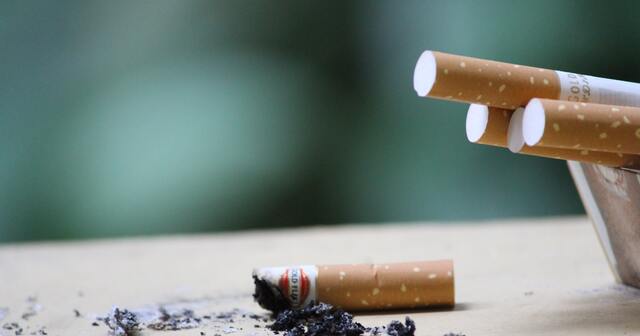 There are better methods to reduce smoking

The American Lung Association recently called for doubling Maine’s cigarette tax, currently at $2 a pack. The association’s 2021 report on the state of tobacco control in America is a detailed one. It says nothing, however, about how higher taxes on cigarettes leads to more smuggling, which may undermine the very goals the ALA wants to achieve. Lawmakers in Augusta should not heed this call for higher taxes.

We have more than a decade of experience studying the degree to which people engage in cigarette tax evasion and avoidance. For simplicity, we call these actions “smuggling.” As it turns out, people are not sheep lining up to be sheared: When high taxes are imposed on popular products, they find a way to acquire that product for less elsewhere.

To measure illicit markets in cigarettes, we built a statistical model that compares a state’s smoking rates with the legal paid sales of cigarettes. The difference between what is smoked and what is legally sold represents the state’s total smuggling rate. In 2018, Maine’s was a very modest 8%, with 5.4 million packs smuggled. That would change dramatically with a doubling of the tax rate, however.

We ran a $2 per pack tax increase through our model, and it shows that Maine’s smuggling rate would leap to 25%. That is, for every 100 cigarettes consumed in the Pine Tree State, 25 would be the result of some form of smuggling. The net smuggling total for Maine would be higher had our model ignored international smuggling, in this case to Canada.

Of the smuggled smokes, the overwhelming majority would come from organized crime, or “commercial” operations. People may not realize how many cigarettes are hauled across long distances for illicit sale and profit. In our past work, we’ve noted cigarette busts that involved shipments between New Jersey and California as well as between North Carolina and Canada. It does not strain credulity to suggest that a shipment on its way to Canada could make a stop in Maine.

If there is any humor — or at least irony — in all of this, it is that the North Carolina-Canada bust involved former NASCAR driver Derek White and allegedly included more than 150 different shipments. For his involvement, White was suspended from NASCAR, a sport itself born of speedsters who needed to outrun police officers during Prohibition, a different era when governments tried restrict access to a popular consumer product. Policymakers should take note, because excessively high excise taxes on cigarettes have created an illicit marketplace of smokes, with all the elements of the negative consequences of Prohibition.

A $4 cigarette tax will also increase smuggling of the “casual” variety. Casual smuggling occurs when individuals cross into a different taxing jurisdiction or shop online to acquire cheaper cigarettes for personal consumption. Portland, the state’s largest city and in its most populated county, is not far from New Hampshire, where cigarette taxes are $1.78 per pack. York county, the state’s second-most populated, borders the Live Free or Die State. Smokers in these areas will no doubt be enticed to buy their cigarettes from their nearby neighbor, benefiting the New Hampshire treasury at the expense of Maine’s.

But then New Hampshire is used to cross-border shoppers. We estimate that in 2018, the state enjoyed $80 million in tobacco tax revenue from cigarettes purchased there but consumed elsewhere. This revenue will no doubt increase if Maine raises its cigarette excise taxes, or, as has happened in Massachusetts, bans menthol cigarette sales.

If targeting the “sin” of cigarette smoking with excessively high taxes actually worked to improve health the way public officials seem to think it does, a case might be made for them. Research, however, has shown that the majority of after-tax hike changes to cigarette sales are more likely a function of tax evasion and avoidance than a result of people giving up the habit.

Policymakers who wish to reduce the harms of cigarettes ought to drop the pursuit of higher taxes and pursue better methods, such as education. Hiking taxes in Maine to $4 per pack may do more harm than good.