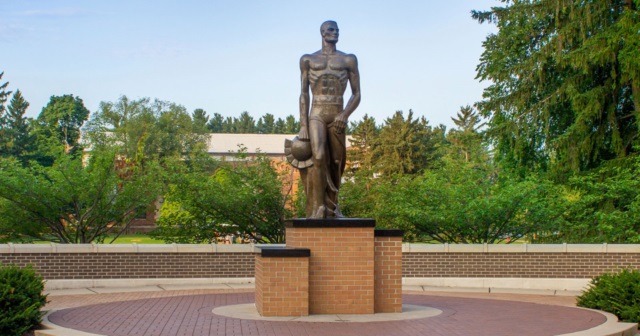 MIDLAND, Mich. — The Mackinac Center Legal Foundation filed a lawsuit today against Michigan State University for violating Michigan’s Freedom of Information Act. The documents requested relate to an employee who was controversially removed from a position at the university. MSU initially said retrieving the documents would require six hours of staff time, but has yet to produce the records nearly six months later.

On June 26, 2020, the Mackinac Center submitted a FOIA request asking for all email correspondence from MSU president Samuel Stanley relating to Dr. Stephen Hsu. Earlier in 2020, the graduate employees union at MSU publicly called for the firing of Hsu, who was vice president for research. The union claimed his work was racist, sexist and supported dangerous ideas about eugenics. Hundreds of supporters defended Hsu from these accusations, but President Stanley fired him from his position as vice president.

On Aug. 31, the university revised its original estimates and extended the deadline another eight weeks, claiming it would take an additional 11 hours of staff time to retrieve the documents. MSU also added an additional $250 in fees. It acknowledged receiving payment for the records on Nov. 4 before once again extending its deadline to Dec. 4 and then again to Dec. 23.

“The public deserves to have expedient access to public records,” said Steve Delie, the Center’s policy lead on transparency and open government. “We have waited five months for a request that should have taken less than 20 hours to produce. When government entities keep making these kinds of delays, they’re not working diligently to respond to the public’s requests.”

This is the third in a series of recent lawsuits from the Mackinac Center regarding FOIA requests. Last week the Center sued the University of Michigan for heavily redacting information requested under FOIA. The Center recently settled a case with the Michigan Department of Licensing and Regulatory Affairs after the department significantly delayed releasing public information.

You can learn more about the lawsuit here.

You can view the complaint here.