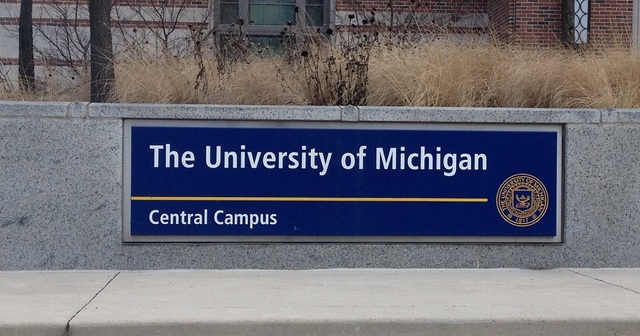 Here’s how the Legislature can solve the problem going forward

“The University of Michigan is a public entity, and its president a government employee. Taxpayers, who provide more than $1 billion to UM through state and federal spending, have a right to expect the school to treat all students fairly and not discriminate based on political beliefs,” note vice president of legal affairs Patrick Wright and marketing and strategic outreach manager Jarrett Skorup in the Detroit News.

That’s why the Mackinac Center filed a Freedom of Information Act request after the U-M president made partisan remarks in a speech while defending itself in a separate lawsuit filed by conservative and libertarian students on campus. Instead of providing the requested documents — emails mentioning President Donald Trump — the university stalled in responding and then withheld select emails. We filed suit, which was recently settled. U-M agreed to pay legal fees, add new transparency workers and release the emails it tried to keep hidden.

But this doesn’t end the problem. The state FOIA law has loopholes, and government entities exploit them.

In 2016, the Mackinac Center filed a separate lawsuit against the state of Michigan after the Department of Environmental Quality took four months to produce documents related to the Flint water crisis. This was a simple information request that, like the UM response, took very little time for the government agency to execute.

The DEQ and UM can wait months to deliver the documents because they are taking advantage of a loophole in state FOIA law. While the law states plainly that governments can take five business days to respond and ask for a 10-day extension to gather the information, the statute is silent about when they actually have to deliver the information. Other public entities around Michigan are taking advantage of this loophole and delaying the release of government data.

Wright and Skorup explain how lawmakers can take care of this problem.

Lawmakers should close this loophole and clarify the maximum amount of time taxpayers can be allowed to wait on information from their government. A reasonable amount of time — like 20 business days — should be allotted for public entities to gather the data, review and release it. State legislators should act now to enhance Michigan’s transparency laws.

Media around the state and nation also covered the results of the lawsuit. Articles were published by Fox News, the Associated Press, the Daily Caller, MLive, the Ann Arbor News, the Detroit News, CBS Detroit, WJR Radio, the Michigan Daily, Michigan Radio, the Detroit Metro Times, Accuracy in Academia, Campus Reform, the College Fix, Inside Higher Ed and more.