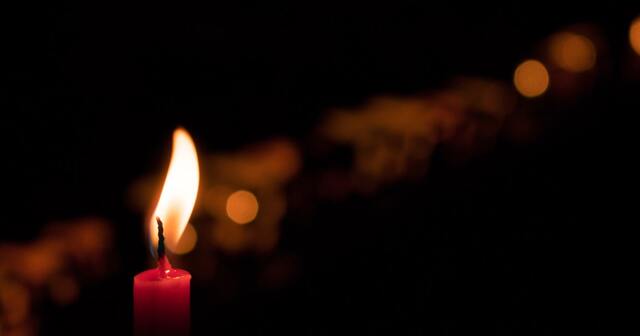 It matters how we get there

Perceptions of how energy can or should be used and generated are changing, and that change is making itself felt in Michigan. While this shift is typically viewed as a move toward clean and efficient energy, it also entails an increasing list of limits on how and when energy will be used. These changes are making the work of the Environmental Policy Initiative at the Mackinac Center ever-more important as a strong voice for balanced energy policy and free-market choices is needed, especially when so many would rather use forced restrictions on energy use and government-mandated efficiency measures.

At its core, improved efficiency is a worthy goal. Doing and accomplishing more with less energy is an essential aspect of bettering human life, reducing costs and improving goods and services. Efficiency improvements have helped to pick humanity up out of the Dark Ages, taken us to space, and have ushered us into the age of cloud computing, smartphones and global interconnectedness. So, someone might reasonably ask, “Who could possibly be opposed to more efficient energy use?”

But there is more to this shifting energy paradigm than just becoming more efficient. It is one thing for people, freely associating in an open market, to demand improved efficiencies from businesses and products. It is another thing entirely for politicians, government bureaucrats or utility executives to mandate that citizens achieve some official vision of efficiency via government rule, law or mandate.

Centrally planned efficiency measures are antithetical to choice and free markets. The logic behind them — often found in government, academia and the environmental movement — is that the average citizen is incapable of choosing wisely, and therefore, this choice must be made for them.

Steven Chu, energy secretary under President Barack Obama, exemplified this attitude at a 2009 energy conference. In an off-stage comment, he stated, “The American public … just like your teenage kids, aren’t acting in a way that they should act. … The American public has to really understand in their core how important this issue is.”

Michigan’s utilities are clearly buying in to many of the same concepts. In June, Consumers Energy submitted its integrated resource plan to the Michigan Public Service Commission, the public agency that oversees energy generation in the state. That plan demonstrated the company’s desire to reduce customer energy use, “to act as a driving force for good and take the lead on what it means to run a clean and lean energy company.” But “taking the lead,” also requires the company to close its nuclear and coal plants while also drastically reducing its use of natural gas plants. That means Consumers Energy plans to “meet about 65 percent of Michigan’s energy needs with renewable energy, energy efficiency and demand response by 2040.”

“Demand response” (in utility-speak) will “benefit the environment by giving [customers] the option to voluntarily reduce their energy use during a few peak times during the year.” In plain English, that means Consumers Energy will automatically cut in half the output of your air conditioning unit — the appliance keeping your family comfortable on hot days — to reduce demand on the electric grid. Of course, Consumers assures customers in their marketing emails that this program will still keep your home comfortable.

But the pressure to implement these programs, where you’re asked to install limiting devices on your air conditioner, is based on the notion that energy users are doing something wrong and they should feel some moral compunction to reduce their energy consumption. Rather than relying on ‘good old American ingenuity’ to build more abundant, more affordable, more clean, and more efficient generation methods, we have too often bought into the notion that we can become a “force for good” by mandating that we do less with less.

With government, special interests, environmental groups, and now, utilities increasing the pressure on households and businesses to use less energy and to have fewer options, it’s essential to remind utility and elected officials that America already leads the world in improved environmental performance and energy efficiency.

In fact, the United States has led the world in reducing greenhouse gas emissions for the past nine years, at the same time as we also led the world in producing natural gas — a fossil fuel. Striving for ever-more efficient means of using and producing energy is a good thing, but only when the freedom to choose those, or other means, remains.