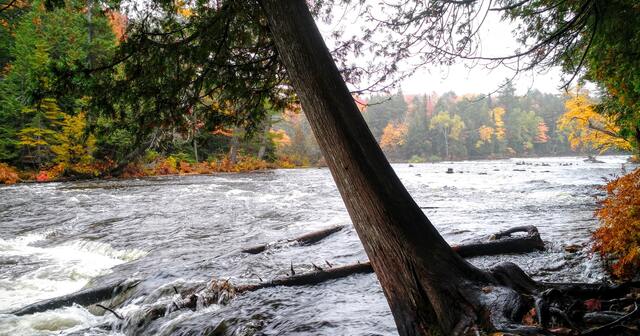 Its funding should stay at zero

Michigan began 2020 without its taxpayer-funded Pure Michigan advertising campaign, having zeroed it out during last year’s budget debate. The appropriation should remain at zero as the Pure Michigan program is demonstrably ineffective, expensive and unfair.

There is already movement afoot from some lawmakers and industry groups to restart it, however. One northern Michigan legislator issued a press release last month announcing his effort to fully restore the funding, arguing the program “benefits every region of our state. …” Unfortunately for Pure Michigan devotees, there is no independent scholarly evidence to support this assertion.

I am the co-author (with Michael Hicks) of a 2016 study of Pure Michigan that uses almost 40 years of publicly available data to isolate the impact of state tourism promotion spending on the tourism industry. The best performing sector in our study — accommodations such as hotel and motels — saw an increase of just $20,000 in extra economic activity for every $1 million increase in state tourism promotion. In other words, government tourism promotion is a large net negative.

Ours is not the only study of its kind. In 2011 the respected Journal of Travel Research published a study by two scholars titled, “Are State Expenditures to Promote Tourism Effective?” The authors found that states with initially low levels of tourism promotion may improve employment modestly with an increase in state spending on tourism, but the effect may diminish as spending rises.

States that spend a lot to promote tourism may see that “employment can decline following increased [official spending] through own-source revenues,” according to the study. Moreover, the improvement in private sector employment from an increase in tourism promotion does not translate to an improvement in economic growth. The authors speculate that adding low-paying jobs in the tourism industry may not be enough to move the needle on state economic growth.

One would think that if government-sponsored tourism promotion was that effective, supporters would point to independent scholarship saying as much, but we have yet to see it. At best, they refer to their own contractors’ research, which shows credulity-straining returns on investment and has excluded 50% of Pure Michigan’s total costs.

Supporters of Pure Michigan might also attempt to demonstrate why the Mackinac Center or the Journal of Travel Research scholarship is wrong. To date, they have not released a compelling refutation. One of the state’s tourism-related contractors did email the Michigan Economic Development Corporation in 2015 with some criticism of our work, based on his understanding of our not-yet-released study. He offered to draft a critique of it once it was published, and his firm’s parent company subsequently did so, but it was easy to refute.

To his great credit, Senate Majority Leader Mike Shirkey recently argued that the industry ought to be responsible for most of its funding. That is true. In addition to the program being ineffective, it is unfair when other Michigan businesses and industries do not enjoy a line item in the state budget to support their own advertising. Forcing them to subsidize another industry deprives them of resources they might use to market their own businesses.

Pure Michigan came with huge costs, including opportunity costs for state spending. The $37.5 million that some lawmakers and special interest want to reinstate for the benefit of the tourism industry — if not returned to taxpayers — might be better spent on Michigan’s roads. Such money would fill a lot of potholes and likely have real positive consequences for Michigan’s economic development.

Pure Michigan is ineffective, unfair and expensive. Those who believe otherwise should be prepared to prove it by funding their efforts privately.