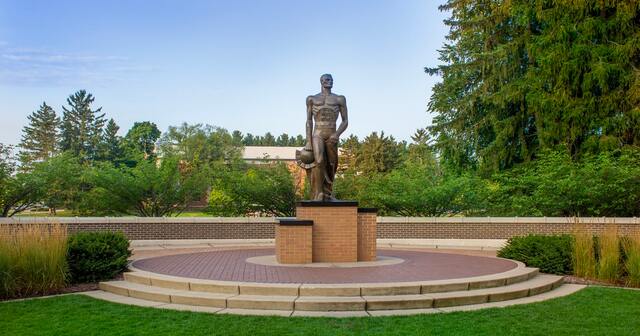 There is little relationship between state spending and results

The lobbyist for Michigan’s 15 public universities says taxpayers are to blame for tuition hikes, an insufficient number of poor kids attending college, a lack of a talented workforce and the state missing out on the Amazon headquarters. But there’s little evidence for this.

Daniel Hurley, CEO of the Michigan Association of State Universities, notes that Michigan is now 44th in the nation among the states when it comes to per capita spending on universities.

“As lawmakers move toward completion on the state’s budget, they should remember that college graduates are the vital ingredient in a successful knowledge economy – one with high-paying jobs,” he writes. “We are winning Amazon warehouses, with $15-an-hour jobs. We didn’t even get a serious consideration for Amazon’s HQ2 jobs, paying $100,000 a year.”

But there is little evidence this spending affected state economic growth and Amazon’s decision.

Simply put, there is no correlation between state higher education spending and college degrees – much less economic growth and a “talented workforce.” In fact, states that spend less per person on higher education have a higher percentage of college graduates. New Hampshire spends the least in the nation on higher education. It isn’t close, with the state spending less than half of what Michigan does on a per capita basis. But the Granite State is in the top 10 for the number of college graduates, in both undergraduate and advanced degrees.

Amazon ultimately decided to make its major investments in Virginia and Tennessee. Per capita spending in those states on universities is 32nd and 20th in the nation. State spending on state universities is unlikely to have been a factor.

Michigan lawmakers should certainly evaluate the taxpayer dollars they send to universities. Right now, the state appropriates money to its 15 public universities, but pays minimal attention to how these funds are used. So the case for greater taxpayer support is overblown.