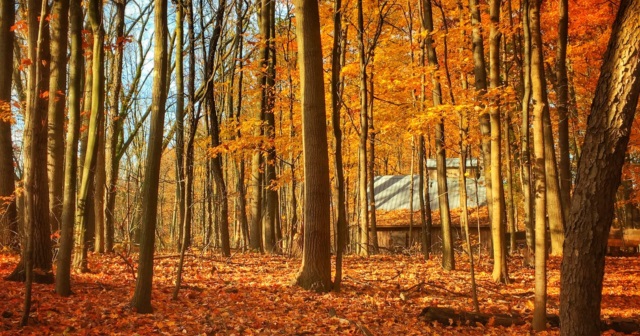 Just How Much Funding Do Our State Lands Need? A Close Look at Proposal 1

The proposal presents voters with a forward-looking question

Editor's Note: This article was first published in The Detroit News on October 21, 2020.

In the upcoming election, voters will be asked to approve or reject Proposal 1, a constitutional amendment that will change how the State Park Endowment Fund and the Natural Resources Trust Fund both operate. The proposal asks voters to approve a plan that would dedicate a chunk of revenues to those funds in perpetuity.

The money affected by the proposal comes from leases and royalties the state earns for letting companies mine for minerals and drill for oil and gas on public property. In each of the past five years, those activities have brought in between $25 and $30 million. These dollars are restricted to spending on state parks and building up savings in the endowment fund, rather than being considered general revenue over which lawmakers have discretion in the annual budgeting process.

Under Proposal 1, this spending and saving plan continues. What changes is that the proceeds will continue to go to these purposes after the trust funds reach their current combined limit of $1.3 billion.

The proposal requires voters to have a substantial degree of foresight because the funds aren’t expected to reach their limit for several decades. Right now, the two funds together contain around $800 million. How much that sum grows each year depends on mineral and oil and gas markets, the number of leases the state sells, and decisions lawmakers make to either spend or put dollars into savings.

But voters will also need to consider more immediate changes. The two funds are allowed to develop state parks, which includes adding restrooms, boardwalks, boat launches, playground equipment or any of the other features people enjoy. The proposal would make these purposes a higher priority. But putting more resources into development may mean the state purchases fewer acres of new parks or recreation areas, or spends more on regular maintenance of those areas it already owns. It may also mean working with local governments to improve their parks. Regardless, the funds would keep growing, so there would be more revenue for those purposes over time as well.

Voters may be interested to know what the Department of Natural Resources intends to do with the increased funding. Agency officials have many things in mind as they work to address a $278 million backlog of existing maintenance and development projects.

These planned expenditures do not mean Michigan’s 103 state parks and 140 state forest campgrounds have been neglected. In fact, the state’s continued spending and increased investment from its trust funds have reduced administrator’s wish lists over time. Voting on Proposal 1 allows voters to express an opinion on the pace of maintenance: Do they believe the state is doing well, or should the process should be expedited?

The bigger question posed by Proposal 1 is about whether to bind lease and royalty revenues in the first place. That is, should the money earned from leasing or developing public property be budgeted and spent by legislators in the same way regular tax revenue is, or should it be tied to conservation and recreational purposes? Voters may want to consider whether revenue from this source ought to be informed by the public trust doctrine. Voters should ask if they want revenues that come from developing publicly owned resources spent on maintaining public lands and recreation resources, or on other priorities like education.

The public trust doctrine is typically used to guide the management of public water bodies, like the Great Lakes, but it is increasingly applied to land and other publicly owned resources. In this case, public lands are owned by the public, and the acquisition, development, and maintenance of more land can provide the public with benefits. The public uses recreation areas and parks, and enjoys the environmental benefits and ecosystem services those lands provide. These funds aren’t only spent in ways that clearly benefit the public at large, but overall, they do a fair job of meeting that goal.

Voters get to weigh in on whether these funds ought to be bound to these purposes and whether to change some spending priorities. They ought to compare the value of spending on parks and recreation in a way that benefits the public interest with the value of having the state spend the money elsewhere once the trust funds reach their current caps.