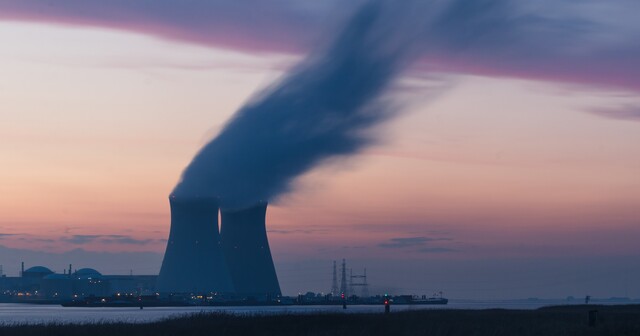 Is One Subsidy Really Any Better?

Subsidies do have a destabilizing market influence

In energy policy, you’re often asked to choose between a few bad options. If you address one problem, you can end up promoting something that’s at least as bad. That’s often because government has a habit of setting up regulations in a way that benefits friends and supporters in politically favored businesses. And of course, when other, competing businesses feel the pinch of those unfair regulatory practices, they push back. Instead of mediating between conflicting financial interests, government officials need to stop playing the crony capitalism game and recognize that, while their actions do help their friends and supporters, they harm consumers and the economy.

As an example, it’s bad when a person in a position of political authority publicly states an intention to regulate markets in a way that will enrich a preferred business. But is it better, or worse, when someone in a competing sector of the economy critiques the plan as disruptive to markets, while overlooking similar regulatory efforts that enormously benefit their business?

On the one hand, the person who grants the favor is honest about their intentions, even if their plan would have harmful effects. On the other hand the competition is right to critique the plan, but often, their hypocrisy is palpable, with the complaint smacking more of preserving an unfair advantage than showing any serious concern for a free and fair marketplace.

Recent news provides us an example. Due to regulatory and financial concerns, many utilities plan to close coal and nuclear plants in the coming years. A leaked draft of a Department of Energy proposal, responding to the closures, describes Trump administration concerns over grid resiliency, which is the ability of the electrical grid to rebound after a terrorist attack or an extreme weather event. The Energy Department argues that closing “fuel-secure” coal and nuclear plants, which can store several weeks of fuel on-site, forces our electricity system to rely on intermittent renewables and just-in-time natural gas deliveries. Protecting struggling coal and nuclear plants by requiring grid operators and utilities to purchase electricity from these fuel-secure facilities, it says, could then stave off a national security emergency.

The report justifies the plan using a federal law (Section 202 of the 1920 Federal Power Act) that allows the department to temporarily order the “generation, delivery, interchange, or transmission of electricity as the Secretary determines will best meet the emergency and serve the public interest during times of emergency.” It also cites the 1950 Defense Production Act, which authorizes the president to “construct or maintain energy facilities” for national defense.

But all five members of the Federal Energy Regulatory Commission, which is the federal panel responsible for regulating the nation’s electricity grid, appeared at a Senate hearing and rejected the argument that we’re facing an imminent electricity emergency. Their leader, Kevin McIntyre, clearly stated that there is “no immediate calamity or threat” to the grid from closing coal and nuclear plants. Commissioner Robert Powelson went further, warning that the DOE plan to prop up coal and nuclear plants would cause “significant rate increases without any corresponding reliability, resilience, or cyber security benefits.” He also cautioned that it could “collapse … wholesale competitive markets.”

To be clear, McIntyre, Powelson and the other commissioners are correct. When government intrudes into energy markets, as the draft document proposes to do, it does destabilize energy markets and corrupt normal market pricing mechanisms. Renewable and natural gas generation facilities compete directly against the foundering coal and nuclear plants for shares of the electricity market. So, to the extent that the Energy Department would prop up coal and nuclear energy producers, natural gas and renewable producers lose out.

It’s not a surprise to hear gas and renewable industries attacking the plan. But it is truly odd to hear renewable energy interests directly attacking subsidies as a destabilizing influence on energy markets. After all, they have marinated for decades in multiple billions of subsidies, credits, and market carve-outs. In fact, renewable energy received 45 percent of all federal energy subsidies in 2016 ($6.7 billion in 2016, on top of the $30 billion received from 2010 to 2013).

Could the protests from renewable advocates simply be cognitive dissonance? Or, could they honestly believe that no one but them should benefit from market-destabilizing government intrusion? Either way, it’s difficult to take seriously their sudden concern for the primacy of free markets.

The Trump administration is right to be concerned about grid resiliency and its potential impacts on national security. It’s also correct to argue that fuel diversity and fuel security are the best means of promoting grid resilience, because if one generation source fails, you still have other options. But, the administration runs off the rails when it suggests that the planned closure of coal and nuclear plants is a national emergency that must be addressed with subsidies.

If coal and nuclear plants are more expensive than other options, they will go out of business. That is how markets should work. Requiring electric companies to use them skirts markets and harms customers with rising electricity prices. At the same time, it’s naïve to pretend massive and prolonged subsidies for renewable energy haven’t had equally negative impacts on markets. They have artificially lowered the price of renewable sources and are one of the key reasons that coal and nuclear plants are currently in the red.

So, all of this brings us back around to the question of which is worse, subsidizing failing coal and nuclear interests, or subsidy-addicted renewable developers hypocritically complaining about subsidies keeping coal plants afloat?

The answer is: Neither is worse. They are both awful. We should leave it all behind and go with a third option: Stop crony capitalist subsidies for all energy sources. Let them all compete on a transparent and level playing field, and may the best energy source win.