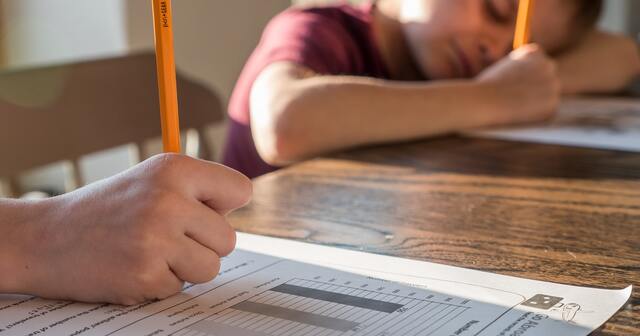 Voters should know how much schools already spend

“Michigan voters favor investment in children even if taxes increase,” a recent headline blares. The Chalkbeat story linked a pair of recent voter surveys to an advocacy group’s report that the state’s public schools need more money to succeed.

But gathering opinion on whether taxpayers should pay more means little without a clear understanding of how much the state’s public schools already take in, not to mention how those moneys are being used. And limiting “investment in children” to dollars spent on the current K-12 school system reveals a misplaced priority that values a particular means of education over the ends. Focusing on conventional public schools leaves behind many students, and even more so during the trying times of the COVID-19 pandemic.

The second survey was commissioned by Launch Michigan, a coalition of groups focused on education reform. Nearly 60% of Michigan voters said nearby public schools need more money, a figure that rose to 65% when respondents were asked about schools statewide. National polls have shown that people wildly underestimate the amount of dollars schools spend, and a significant number change their views on proposals to increase funding when provided the actual figure.

Launch Michigan’s survey did not disclose current funding figures before soliciting opinions on how much schools spend, but it did ask where voters thought Michigan ranked in per-pupil spending compared with other states. Many respondents — 38% —admitted they had no idea. Yet among those who ventured a response, nearly half correctly identified Michigan as spending close to the national average.

Nonetheless, the Chalkbeat story asserted that the state “falls well short” of what is needed to provide “an adequate education,” citing a report from the Michigan School Finance Collaborative. Earlier this year, the group updated its recommended base funding to $10,421 per student, an 8% jump from the $9,590 target set back in 2018.

The increase to the collaborative’s funding target stemmed in part from a call for schools to hire more professional staff, but mostly it was driven by expectations of higher spending on employee benefits. After taking inflation into account, Michigan schools spent 55% more for employee benefits on a per-pupil basis in 2019 than they did in 2002. Over the same time period, total inflation-adjusted revenues per student rose by 7%.

The average voter doesn’t see the effects of spending more on employee benefits, and likely doesn’t realize that’s where recent funding increases have largely gone. The pitch to “invest in children” sounds like a more appealing reason to raise taxes than to pay more for health insurance and pension plans.

A claim that schools are woefully underfunded should compare two key sets of numbers with each other. One is the collaborative’s recommended student-level spending figures. The other is the amount collected by the state’s K-12 system, which, according to the most recent data, averages $15,296 per student. A quick analysis suggests that a number of districts already met the collaborative’s lofty funding demands in the 2019-20 school year, and that the state’s public schools were close to meeting the spending target.

To its credit, Chalkbeat pointed out that the state recently adopted a record school aid budget while the K-12 system tallies more than $6 billion in federal COVID relief over the next several years. Those increases should be more than enough for schools to meet the financial targets for providing “an adequate education,” even using the collaborative’s revamped figures.

Then again, Detroit and Flint are two of the most adequately funded districts, according to the report’s own terms. And that is before adding in their enormous shares of COVID relief. Public charter schools in these cities fall well short of the recommended funding levels. But they get a far better bang for the dollar.

Michigan school systems clearly are benefiting from generous state and federal funding increases, yet some advocates still hold up a mythical spending target and allege a large shortfall. As the revenues keep pouring in and schools struggle to help students catch up, it’s time to seriously explore education strategies that directly aid families in figuring out what works best. That’s a better way to invest in children.