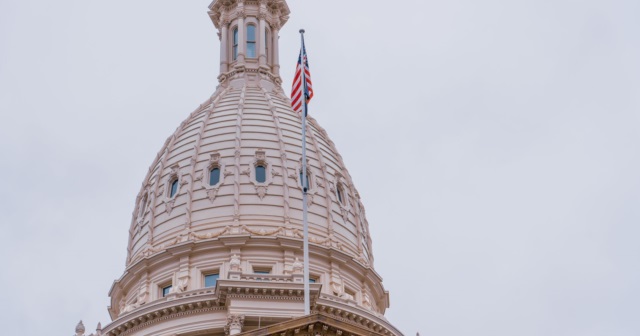 Editor's Note: This article first appeared in The Detroit News on March 27, 2021.

Michigan lawmakers are going to collect $5.7 billion from the federal government’s latest spending bill, and they don’t yet know what to do with it. The Mackinac Center for Public Policy has recently worked with some allies to put together some guidance for them.

The first thing is to know what they’re signing up for: While this spending bill was intended as general support of state government functions, Congress also put important restrictions upon the funds. They can’t be used to “directly or indirectly” lower taxes, but it’s not clear what that means. Would Michigan be prohibited from going forward with an impending income tax reduction that is already state law?

Lawmakers can’t put any of the money into state pension systems for some reason. Pension debt payments are going to grow, and a broad interpretation of federal restrictions could put the state even further into debt. This is unlikely, but it will take time for the federal government to clarify how states can use these funds, and lawmakers should be in no rush to spend money without knowing the consequences.

Lawmakers should also ensure that the one-time infusion of federal cash does not create an expectation that state taxpayer funding will continue when it’s gone. People don’t always know where the money comes from, and lawmakers ought to avoid the impression that funds will be used to ratchet up spending.

Indeed, lawmakers should instead look for ways to use these funds to improve the state’s long-run finances and competitiveness.

Here are some ideas:

Federal guidance ought to inform lawmakers about how they can find compliant ways to pay down pension debt. Lawmakers have already used restricted funds from previous federal relief efforts to free up cash for other priorities. They should find ways to do so here, especially since paying down pension debts protects taxpayers and pensioners alike while saving the state from billions in interest costs.

Michigan can also protect itself from future fiscal harm by putting more money into its rainy-day fund and bolstering the unemployment insurance trust fund. Both of these funds protect Michigan against tax hikes that might kick in if the economic recovery slows. Payroll taxes, for instance, can automatically go up when the need for benefits spikes, and a lot of people were forced out of work in 2020. Putting extra funds into the system now could forestall the need for future payroll tax increases that would provide a disincentive to returning to work.

The funds in this latest package of federal relief can explicitly be used to pay for infrastructure. Due to the efforts of lawmakers during the Snyder administration, roads are getting to the point where they are put together faster than they fall apart. Some extra federal funding may push the state over that edge, which would lead to each year bringing an improved road system. The result: Taxpayers save as governments move from rebuilding poor quality roads, an expensive endeavor, to the less expensive task of road maintenance.

Funds can also be used to provide direct relief to businesses. The governor’s pandemic orders have been tough for many businesses, and state policy can loosen some of their tax burdens. Such relief has already been discussed as one use for existing relief funds, and further support from the federal government ought to make it easier.

State administrators feared that state tax revenues would take a dive when the pandemic hit. But losses turned out to be slight, and the two previous federal COVID relief packages plugged the holes and paid for extra needs caused by the pandemic.

Lawmakers have a massive influx of federal cash and will struggle to find ways to spend it in ways that will protect the state and improve services, but we’ve highlighted how to use it well.