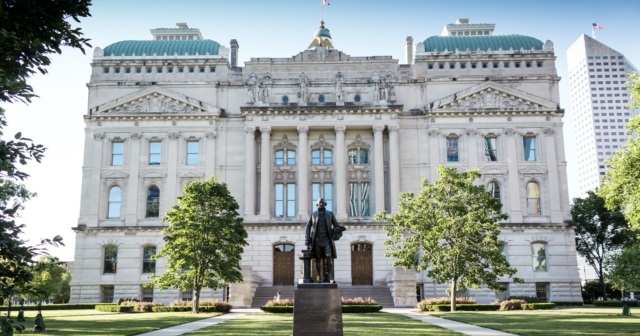 Employers must have employee consent before the state can collect dues

MIDLAND, Mich. — The state of Indiana must notify public sector employees of their rights before deducting union dues from their paychecks, according to an opinion issued by Indiana Attorney General Curtis T. Hill Jr. Public employers must now have proof of employee consent before the state can collect dues. Workers for Opportunity, a national initiative of the Mackinac Center for Public Policy that advances worker freedom, praises Attorney General Hill’s opinion.

“We applaud Attorney General Hill for affirming the First Amendment rights of Indiana public employees,” said Steve Delie, legal counsel and director of Workers for Opportunity. “This opinion, if enacted into state law, would make Indiana more compliant with the Janus v. AFSCME decision. Workers deserve to have direct ownership over how their paycheck is spent.”

The opinion provides clarity for public employers on how to protect public employee’s rights that were restored by the 2018 U.S. Supreme Court decision in Janus v. AFSCME. Attorney General Hill asserts that these Janus rights prevent public workers from being forced to financially support a union, as compelled union dues or fees are a violation of employees’ First Amendment rights. As stated in the attorney general’s opinion, Indiana public employers must have “clear and compelling evidence that an employee has voluntarily, knowingly, and intelligently waived his or her First Amendment rights and consented to a deduction from his or her wages.”

The consent given by employees will need to be renewed on an annual basis to ensure workers' consent to dues deduction is knowingly and freely given. Employees will also be allowed to opt out at any time.

"More and more states are realizing they need to do more to protect the First Amendment rights of public employees,” said F. Vincent Vernuccio, senior fellow for the Workers for Opportunity initiative. “Today, Indiana Attorney General Curtis T. Hill Jr. joins his counterparts in Alaska and Texas in protecting the free speech of public employees in his state."

Lawmakers in at least five other states have filed legislation to take similar action in 2020. In Michigan, the state’s Civil Service Commission issued a proposed rule change that would bring the state into compliance with the Janus decision. The Mackinac Center’s Workers for Opportunity initiative expects that more states will begin to affirm Janus rights.