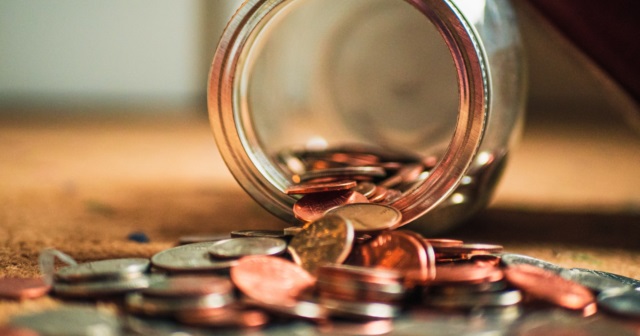 How the Pandemic Will Affect Public Sector Pension Plans

The system currently has a lot of debt and is underfunded

The COVID-19 pandemic is causing havoc throughout the economy, and that applies to Michigan’s state and local governments and public sector employees, too. One of the areas where its harms will show up is in their pension systems. But it will take a while.

Public pension systems are pre-funded. That is, when an employee is working and earning pension benefits, the employer sets aside money to pay for those benefits. The money is invested in the market, grows, and is used to make pension payments when the employee retires.

When the market falls, pension savings take a hit. To make things worse, the state and local government already don’t have enough money to pay for all the pension promises they have made. But there are policies in place that delay the state from recognizing and then acting on the drop in value these savings have taken.

Losses need to be recognized by the systems’ actuaries in order to affect funding, and that doesn’t happen instantly. Consider the state’s largest public pension system, which covers conventional school districts, community colleges, and some state university employees.

The most recent assessment of the pension fund was for September 2018, a year and a half ago. The state hasn’t even recognized the gains from 2019 yet, let alone the losses from 2020.

Timing also matters, because the state assesses the health of its fund in September. If the state is able to control the pandemic and return to at least some degree of normalcy, its investments may recover and the massive losses from March won’t even show up.

Even if losses continued until September, it would still take some time to affect payments into the system. The yearly assessments are used to determine future contribution rates. Investment markets started to decline in 2007 in the last recession, but the decline did not lead to a change in contribution rates until fiscal year 2009-10.

Not only are fund administrators slow to change their models in response to market changes, they use 5-year averages in their calculations. That is, a single year’s change only accounts for 20% of the adjustments from year to year. If state investments do exceedingly bad or exceedingly well in any year, it takes half a decade for the state to realize the full effects.

In short, then, the state is slow to recognize market losses, it delays when those losses lead to increased contributions in pension funds, and even after those delays, it spreads those losses over five years.

None of those practices are etched in stone. Lawmakers and administrators can be more responsive. But the incentives around pension systems have been to delay contributions rather than to expedite them. At the start of the last recession, lawmakers decided to make an “interest only” payment on pension debts, which reduced the amount taxpayers put into the pension system in order to free up cash in the short term. Decisions like this explain why this system has so much debt in the first place, and has been perennially underfunded.

There is no problem in pension funding that extra cash cannot solve. The plan to catch up on pension funding in the aftermath of market losses already includes increased payments into the system. Delays can give the state some extra breathing room through what we all hope is a short pandemic. But when it’s over, lawmakers ought to fight the urge to defer the reckoning and instead consider recognizing market losses sooner than current policies would require.