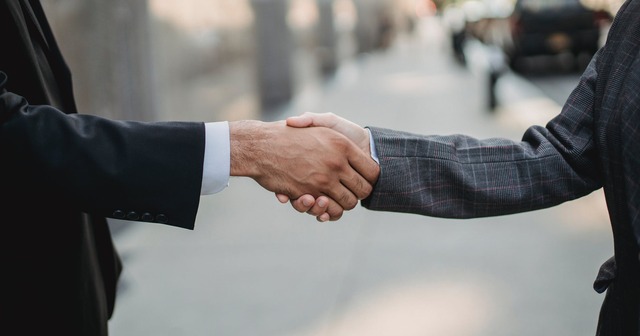 How States Can Answer the Corporate Welfare Trick Question

Company managers know that they can get states to give them taxpayer money when they’re looking to place a business project. They give state politicians an ultimatum when they start a subsidy bidding war for their next project: Pony up or miss out. While economists have looked at the numbers and showed that missing out is actually the right move, one truth is obvious: The politician who refuses to play may be sending the message “I don’t care about jobs.” The political incentives to pay are strong. It’s not like that person’s own money is at stake, and maybe things will work out after all.

It doesn’t have to be this way. If no state agrees to provide special favors to companies who seek them, then businesses won’t get them. They’ll start their projects when and where they make the most business sense, rather than be swayed by state subsidies. And that’s a win for everyone.

The point of a business, after all, is not to provide jobs but rather to create the goods and services that people want. It’s about creating situations where both buyers and sellers come out ahead, or in broader terms, to better employ resources — including our labors and ingenuity — to better serve human interests. That’s what economic development is about. State business subsidies, while often labeled as economic development programs, typically get in the way of growth.

Lawmakers ought to bind themselves with an interstate compact to eliminate business subsidies. Legislation to that effect has already been introduced in a number of other states. It would serve as a kind of multilateral disarmament treaty between state lawmakers: If you don’t offer special deals, we won’t offer special deals.

While lawmakers face obvious incentives to give out subsidies, the political benefits they face from rejecting them ought to be made stronger. Politicians would be happy to disarm if public opinion were more skeptical of the idea that government needs to support private companies with the public purse. Citizens would have to generally believe that such transfers are inappropriate for government.

This was the world that we used to live in. There had been an understanding that a “fair field and no favors” approach is superior to handing out deals to companies that ask for one. Consider these comments made by delegates to Michigan’s 1962 constitutional convention.

“If we want to stimulate sound growth in Michigan, and sound business, let the free enterprise system do this through fundamental economic law and not through the form of government meddling and socialization.”

“The soundest and most wholesome economic development will not be an artificially stimulated state industrial subsidy … but one based on a positive, forward looking leadership, sound government and free enterprise.”

These were not academic or ideological free-market economists speaking. They were the politically active representatives of the people. And while the debates at the convention show there was not unity on the issue, the state has had those protections and maintained them since then. That is evidence of how broad the sentiment was that the state shouldn’t subsidize business.

Looking back further, the idea that the government ought to provide no favorites in private economic matters was so strong that judges banned the practice. They argued that such favors violated the constitution’s inherent limitation that taxes be spent in ways that benefit the public.

As Michigan Supreme Court Justice Thomas Cooley ruled in an 1870 decision banning the practice, “The State can have no favorites. Its business is to protect the industry of all, and to give all the benefit of equal laws. It cannot compel an unwilling minority to submit to taxation in order that it may keep upon its feet any business that cannot stand alone.”

Even before that, Michigan’s experience with state support of private infrastructure which later fell apart and cost taxpayer dollars created such a negative atmosphere that officials and citizens alike denied the state the powers to directly support industry. This is why the state’s 1851 constitution, which the public approved by a vote of 79% to 21%, prohibited the state from buying stock in private companies or extending state credit to private enterprise.

Michigan wasn’t alone. Judges in other states also prohibited the practice, and the constitution of most states bans public support of private business.

People had a more skeptical role about government’s involvement in private industry in the past, so much so that there are marks of it in most state constitutions to this day. If that kind of environment is fostered in the future, then state lawmakers would gladly sign onto an interstate compact to stop offering new subsidies to business.