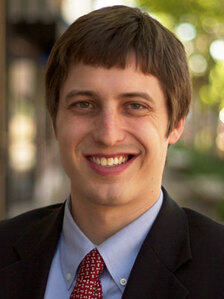 Democratic gubernatorial candidate and former Congressman Mark Schauer has proposed raising Michigan’s minimum wage to $9.25 per hour over a period of three years and indexing it to inflation from there forward. While mandating higher wages often sells well politically, the cost of doing so would be worse for the very people it is intended to help.

Proponents of increasing the minimum wage essentially are asserting that government can set wages with little adverse effect. But that's not true. While there is debate among economists over all of the ancillary effects of increasing the minimum wage, the majority of the evidence shows that doing so leads to higher unemployment — particularly for the lowest-skilled workers.

There are other costs as well, like the lowering of other compensation, cutting of work hours, higher prices and the elimination of other employee perks.

University of California-Irvine professor David Neumark is one of the foremost experts in this area and wrote in The Wall Street Journal: "Despite a few exceptions that are tirelessly (and selectively) cited by advocates of a higher minimum wage, the bulk of the evidence — from scores of studies, using data mainly from the U.S. but also from many other countries — clearly shows that minimum wages reduce employment of young, low-skilled people."

Increasing the minimum wage to $9.25 per hour is a 25 percent increase over the current minimum of $7.40 per hour. That means the price to hire some low-skilled workers will cost businesses 25 percent more. If you don't believe this increase will lead to changes in behavior, consider what you would do if a local restaurant, grocery store or gas station increased prices 25 percent. The mandate is really hiking the cost of hiring certain workers and would result in a drastic change in actions.

Because it is a popular political position, it is increasingly likely that this will be a prominent issue in next year's elections. But just because something sounds good doesn't mean it is. There is no free lunch, and the costs of a higher minimum wage are worse than the supposed benefits.