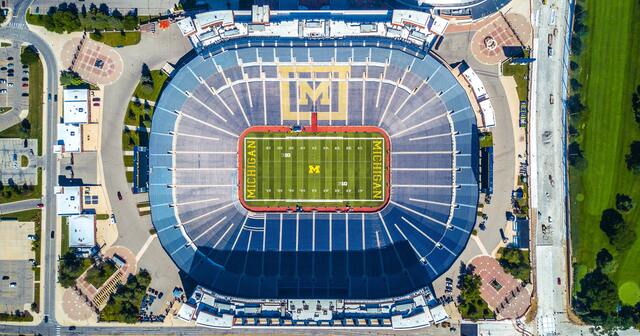 Colleges will continue to face some major challenges

Even before the COVID-19 pandemic, American higher education faced major challenges. Fewer students attended colleges in 2019 than in 2010. Public support for higher education had ebbed, a harm partly self-inflicted by high tuition levels, and increasingly by a campus environment alien to ordinary Americans, quite substantially different from life in the "real world." Although colleges derive much revenue from tuition fees, they also rely greatly on third parties — taxpayers and private donors — for support.

To be sure, not all higher education is the same. There is a huge flight to quality. Enrollment declines are severe and budgetarily worrisome for the bulk of state and also reputationally challenged private schools, but not for those with great reputations. The University of Michigan and Michigan State University are selective admission schools that are reasonably assured of meeting future enrollment objectives. Even these schools, however, have significant financial headaches, such as MSU’s huge financial settlements from the Dr. Larry Nassar sexual assault scandal. And the recent meltdown in stocks has already likely lowered the endowment of the UM by well over $1 billion, and possibly more, potentially reducing income from investments considerably.

There are four big problems facing America’s universities. First, of course, they are too expensive and highly inefficient, leading some potential customers not to enroll. While many factors explain tuition inflation, a big one is the federal student financial assistance program that all but invited colleges to raise their fees, knowing that students could borrow to finance them.

A second problem has been that it is unclear whether students are really learning much while in school. How can they? With grade inflation prevalent, federal data suggest that they spend on average a paltry 27 hours weekly on academics, vastly less than students of 50 years ago. A major study of critical reasoning skills concluded that seniors performed little better than freshman.

That may partly explain the third big problem: Even with low unemployment, New York Federal Reserve Bank data show many recent college graduates have ended up “underemployed,” doing jobs historically filled by high school graduates. The underemployment problem is particularly big at schools with lesser reputations. U.S. Department of Education data show graduates in communication and media studies from the UM average $41,500 in beginning salary, 30% more than comparable graduates from Wayne State University. In computer and information science, the UM graduate averages $86,900, 46% more than the $59,300 for a comparable major from Central Michigan University. Since fees are not that much higher at UM, students rightly assume it provides a better return on investment.

A fourth problem exists to varying degrees on campuses: a lack of intellectual diversity, with progressive ideology dominating, and a downplaying of the search for truth through facts — in some cases through suppressing the First Amendment rights of dissenting students and faculty.

Enter COVID-19. Colleges already financially weakened, facing huge challenges. Many face big unanticipated expenses, such as refunding room and board fees for some students sent home. A much bigger problem: What will this do to enrollments next year? Students sent home midsemester may decide not to return in the fall, particularly if the coronavirus threat remains. Moody’s has lowered its financial outlook for higher education to “negative” for good reason.

The tragedy of COVID-19 is real and may hasten the death of some colleges and universities, or perhaps cause some desired consolidation: Does Michigan really need five state universities within commuting distance of Detroit, for example? Roughly 40% of those entering college full-time fail to graduate in six years, and 40% of those who graduate are underemployed. We are seriously overinvested in this one-size-fits-all higher education model. Universities are due for what Joseph Schumpeter aptly called “creative destruction.”

Plato is said to have observed that necessity is the mother of invention. Perhaps colleges will embrace more online instruction as a result of this health crisis. Maybe financial constraints will force colleges to do things previously resisted, like getting rid of huge administrative bureaucracies or ditching excessive subsidies for college sports. As Winston Churchill and Rahm Emanuel allegedly said, “Never let a serious crisis go to waste.”