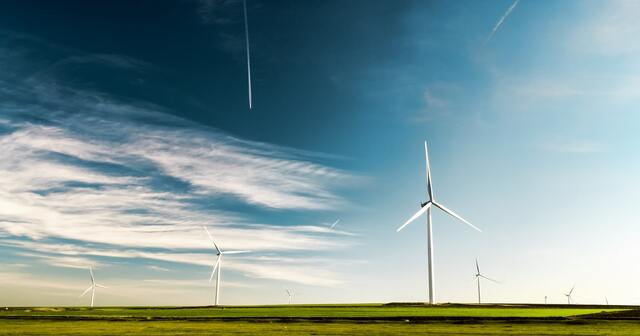 Wind and solar do not produce as much energy as fossil fuels, nuclear and hydro.
Environment
Publications / Viewpoints

The best way to measure the usefulness of energy sources is not by the number of jobs they create, but by the benefits they provide. Getting the most gain for the least resources should always be the goal. We should measure energy by its output, not the size of its payroll. Current green energy literature shows us why.

First, clean energy jobs need to provide triple the output of traditional sources or it wouldn’t make sense to say that 3 million jobs are better than 1 million. It would be far better to show a high rate of return, using fewer jobs and lower labor costs to make the same amount of energy.

This is not what we see in the Clean Jobs America report. Clean energy doesn’t have a good rate of return. The report and its sources claim that renewable energy produces between 18% and 19% of U.S. energy. But to reach these levels, it expands on the definitions of “renewable” and “clean.” Usually when green energy proponents discuss clean or renewable energy, they mean wind and solar. But Clean Jobs America also include biomass and hydro, and then further stretches the definition to include “renewables, complemented by nuclear.” Without these other sources padding the numbers, clean energy provides a mere 3% of America’s total energy supply.

The detailed breakdown shows that 70% (2.3 million) of the 3.3 million so-called clean jobs were under this label. While these jobs can be helpful, they don’t necessarily have any bearing on energy generation. An LED light may be more efficient than a halogen or incandescent bulb, but the electricity that powers it is still, 81% of the time, coming from the fossil fuel industry. This report compares 2.3 million energy efficiency jobs to 1.15 million fossil fuel jobs that provide the vast majority of energy used by homes and businesses.

By the usual BLS accounting, wind energy would have employed about 6,000 people in 2018. Solar would have employed about 3,000. But by counting every energy construction worker as having an energy job, clean energy advocates can report that wind employed over 111,0000 and solar over 240,000, along with an additional 93,000 workers who spent less than half of their time on solar jobs.

So, coal and natural gas employ most of the workers in the utility sector, but renewable energy numbers are inflated through counting some construction workers, effectively using an accounting trick.

The massive growth in clean energy jobs described in one report Clean Jobs America cites appears to show a thriving industry, offering hundreds of thousands of new jobs to applicants. What it shows, instead, is the logical outcome of a mandated and subsidized push to replace existing energy infrastructure with renewable energy infrastructure. Without those mandates and subsidies, it is reasonable to question whether most of those jobs would exist.

Most of the jobs listed in these clean energy reports have little or nothing to do with producing or generating electricity. The ones that do are primarily involved in building the infrastructure of clean energy facilities or making parts for them, not supplying energy to households and businesses. A clear, honest look at which energy sources produce the most electricity shows the answer — fossil fuels, nuclear, and hydro. Not wind and solar.