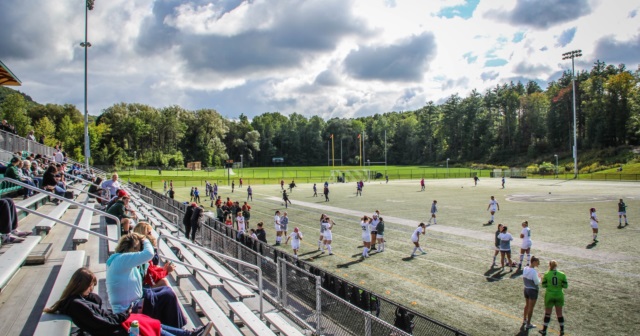 Impossible to tell how many fans are allowed at sporting events

Gov. Gretchen Whitmer’s emergency executive orders lacked clarity from the start. They’ve required more than a thousand responses to frequently asked questions. Some confusion within the initial orders can be expected and is understandable. But the governor's latest orders, issued more than six months after she assumed control of the state’s response to COVID-19, are as confusing as the earliest ones.

That modification seems straightforward. But there’s a problem: EO-176 implies elsewhere that more than 10 people are allowed at indoor events. It says: “For indoor organized sports competitions … the live audience is limited to the guests of the athletes with each athlete designating up to two guests.” Either indoor competitive sports have been granted a loophole to the 10-person limit or these rules appear to be in conflict.

But EO-176 also retains a higher limit, in some regions of the state, on outdoor events established by a previous order. In regions six and eight, the order says, “An outdoor organized event among persons not part of the same household is permitted … provided that the gathering or event does not exceed 250 people.”

Which limit applies in those two regions, then, for something like an outdoor soccer tournament? Can there be 100 people or 250?

The confusion runs deeper. EO-176 has yet another limit in regions six and eight for “an outdoor concert space, race track, sports arena, stadium or similar outdoor venue.” These can host up to 500 “spectators or patrons.”

Which limit applies in Northern Michigan, then, for a high school football game played at a stadium? Does the “organized sport” limit apply and only 100 people may participate? Or can there be 250 people, as mentioned in the “organized event” limit? Maybe there’s a third possibility, though, and the “outdoor stadium” limit of 500 spectators applies. How can one tell? A plain reading of the governor’s current executive order does not make this clear.

Strangely, according to another section of EO-176, if a group of professional athletes are playing in an arena or stadium, there can be no live audiences. It is difficult to even speculate about how the risks of amateur sporting events and professional ones would differ so much that each need different policies (not to mention what scientific evidence there could be to support such a distinction).

The state’s FAQ page on the executive order does not help. It defines “social gatherings” and “organized events” as “bring[ing] together persons from multiple households at the same time,” including in an auditorium, stadium, arena or “other indoor or outdoor space.” An organized sports competition would certainly meet that definition, which leaves unclear which participation limit applies to indoor sports statewide and which applies to outdoor sports in the two northern regions.

It is not easy writing rules that apply to a complex, fluid and diverse system, like an entire state’s population and society. No one should expect the governor to get every detail right the first time. But after six months, one can reasonably expect that these orders should be more consistent and coherent than this.