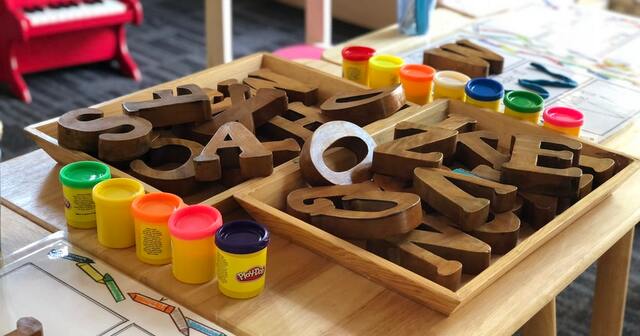 How many more families want into the Great Start program?

With the state flush in new tax dollars, Michigan’s chief executive has called for a dramatic hike in preschool spending. But the budget request far exceeds the demand for these services.

On June 8, Gov. Gretchen Whitmer proposed spending an extra $405 million over the next three years on the state’s Great Start Readiness Program, “to ensure 22,000 more children can enroll in early education.” The program is geared toward children in households with income at or below 250% of the federal poverty level, which is $66,250 for a family of four. Two-thirds of the 65,000 eligible four-year-olds attend state-subsidized preschool. How many of the rest have parents who want them in?

Gov. Whitmer estimates that another 17,400 children will ultimately enroll. Chalkbeat notes that “tens of thousands of eligible families are not using the program, and in some cases are stuck on waiting lists.” More precisely, 1,482 four-year-olds across Michigan applied but couldn’t get into the program in 2019-20, according to the most recent state evaluation. That’s up from 1,127 the previous year, but still less than one-tenth of the governor’s estimate. It’s not clear how spending hundreds of millions more on the program will encourage a larger share of eligible families to start signing up.

Before this week’s proposal, there was general agreement on funding levels for the Great Start Readiness Program. The Senate endorsed Gov. Whitmer’s February proposal to increase the program’s current $250 million outlay by $32 million, while the House voted to boost its budget by very nearly the same amount. These extra funds are intended to raise the full-time allocation by over $1,000 per pupil, not to pay for more children enrolling in the program.

Budget negotiations in Lansing are ongoing, and the recent windfall of state and federal funds has put more spending options on the table. Still, the presence of more tax dollars should not exempt requests from scrutiny. It would cost $12.3 million to pay for preschool for children on the waiting list at the rate already backed by the Legislature, or $12.9 million at the governor’s newly proposed rate. In any case, it’s unclear what the extra expense will do to either expand the use of the service or improve its quality.

Any debate about how much more tax money to spend on pre-K sidesteps a more fundamental question. The returns on the policy strategy have not lived up to their promise. The few high-quality studies on large-scale, state-funded early childhood education have not shown the desired results. The exception is the latest research on a highly funded Boston program, but the advantages were disproportionately enjoyed by upper-income, white boys compared with other children.

Serious questions linger about the wisdom of spending tax dollars to provide taxpayer-funded pre-K education to a larger segment of the population. Yet, as long as Michigan leaders remain committed to supporting the Great Start Readiness Program, they should at least constrain spending to match the actual demand of families in need.