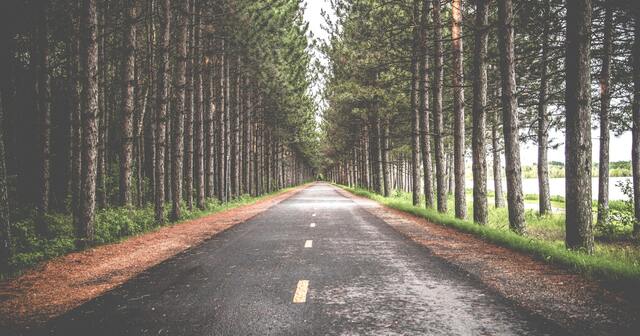 Fuel Tax Funds Will Be Diverted

Editor's note: This article originally appeared in The Detroit News on March 9, 2019.

Gov. Gretchen Whitmer called for a $2.1 billion increase in state spending, supported mainly from a tax hike on fuel. A large fuel tax increase should come as no surprise from a candidate who ran on fixing the roads. But the extra revenue isn’t entirely going to be prioritized to roads.

The governor’s budget proposes a 45-cent per gallon fuel tax to be phased in over time. State officials expect this to raise $1.26 billion in fiscal year 2020. Only $764 million of this, however, will go toward fixing the roads.

It’s similar to Proposal 1 of 2015, a road funding plan supported by advocates who constantly warned voters that Michigan’s infrastructure was dangerous and desperately in need of repair. They paraded around the state a school bus damaged by a fallen slab of concrete, for example. That proposal called for $2 billion in tax increases, but only $1.2 billion was to be used for roads. Voters rejected it 80-20, a historic ballot defeat.

Lawmakers passed a tax hike anyway, after Proposal 1’s defeat, and shifted funds previously used for roads out of the transportation budget. Lawmakers had found $400 million of general fund money to pay for roads before the tax hike, but after increasing fuel and vehicle registration taxes, they redirected that $400 million away from the roads and spent it on other state projects.

The 2015 road deal also dedicated some of the state’s income tax to the roads, including $325 million for the upcoming year and $600 million more annually after that. Whitmer’s proposal would eliminate those earmarks, and spend that money on other priorities. If she left that earmark alone, she wouldn’t need to propose such a large fuel tax hike.

It seems like the roads are used as an excuse to raise taxes and generate revenue for other spending priorities.

The governor complained about using income tax revenue for roads, calling it a “shell game.” But one could argue she is playing the same game to get what she wants out of the budget.

There is a good reason to pay for roads with fuel taxes. Fuel taxes put the responsibility for paying for the roads onto the people who use the roads. And under Whitmer’s plan, the money from the fuel tax would be spent on roads. It's other revenue for roads that would be reduced, requiring higher taxes and resulting ultimately in fewer dollars available to fix the roads.

When the governor’s gas tax hike is fully implemented, budget officials expect it to raise $2.5 billion. Roads spending will be less than that due to the end of the earmark. This is disconcerting because the administration and others have stressed that roads need $2.5 billion more per year in perpetuity to bring them back into good shape.

But there’s a reason to be cautious about that $2.5 billion figure. Long-term road quality measures only cover state trunkline miles — the “I,” “US” and “M” classified roads — that make up 8 percent of the roads but carry the majority of all traffic. Most local roads don’t get a quality assessment on a regular basis, so we know even less about what is needed to fix them.

The state trunkline roads achieved quality targets set by the state in 2008, but have steadily declined since. Their quality is not the worst it has ever been. They are right around where they were in 2002. Prior to their recent decline in condition, the state was able to improve the quality of these important roads with much less funding.

Fixing roads today apparently costs significantly more than it used to. Some of this is due to the rising cost of the materials needed to fix roads, but that doesn’t explain all of it. Between the 2015 tax hikes and Whitmer’s proposal, roads would end up with two-and-a-half times more funding than what the state spent when the roads were at their peak in terms of quality. Maybe policymakers should figure out why they’re getting significantly less bang for their road funding buck before asking taxpayers to pony up even more, again.

Taxpayers should believe state officials when they say that they need more money to keep the roads from deteriorating. But they should also know that the proposed tax increase isn’t just about funding roads — it’s also being used as a means to fund other priorities, and these come at the cost of dedicating money for infrastructure.