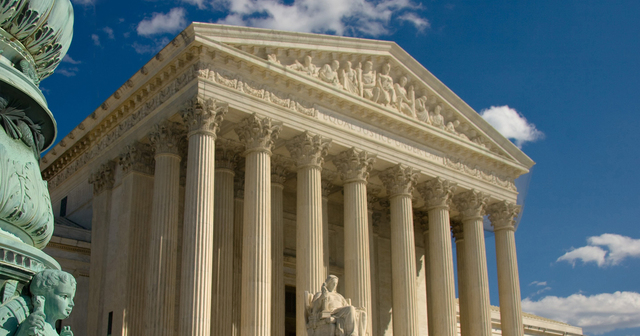 Unions may have to require their members opt-in

Editor's note: This article originally appeared in the McClatchy Tribune in August of 2018.

Thanks to a recent Supreme Court decision, if government unions across the country want to keep collecting dues, they may need to get their members to opt back in to do so.

The landmark victory in Janus v. AFSCME protects public employees’ First Amendment rights as the Supreme Court ruled that government unions could no longer have public employees fired for not paying dues if they do not want to join a union.

However, in the decision the Court went further than simply allowing public employees to opt-out of paying union dues. The justices ruled employees must affirmatively opt into membership.

Writing for the majority, Justice Samuel Alito explains: “States and public-sector unions may no longer extract agency fees from nonconsenting employees” and that “(n)either an agency fee nor any other payment to the union may be deducted from a nonmember’s wages, nor may any other attempt be made to collect such a payment, unless the employee affirmatively consents to pay.”

This decision establishes an opt-in procedure for nonmembers that requires them to waive their First Amendment rights because the court affirmed that all government union activity is political. Further, Alito writes “such a waiver cannot be presumed” and “to be effective, the waiver must be freely given and shown by ‘clear and compelling’ evidence.”

The question now is who this opt-in requirement covers. The decision is clear that all state and municipal employees must affirmatively consent to waiving their First Amendment rights before their employers can deduct dues from their wages to give to unions.

According to a July memo written by William Messenger of National Right to Work Foundation, who argued the case, someone cannot waive a constitutional right they don’t know they have. “Employees could not have knowingly waived a constitutional right before that right was recognized to exist” Messenger writes. “Employees could not have knowingly waived their First Amendment right not to subsidize union advocacy before the Supreme Court recognized that right in Janus.”

Patrick Hughes, president of the Liberty Justice Center, which also represented plaintiff Mark Janus, agrees that “any previous authorizations for the deduction of dues or fees that employees made before the Janus decision were based on a choice the Supreme Court has declared unconstitutional.”

Put simply, this means unless a public employee in a state that previously required the payment of union dues or fees signed a waiver after Janus was decided on June 27, 2018, unions can no longer take dues out of their paychecks or collect them in any other way.

Anything signed before the decision in these states such as a membership or a so-called “dues checkoff” agreement is invalid because the member did not know about his or her rights. It also means that non-right-to-work states, cities, counties, and all other public employers must stop collecting dues unless the union can produce a signed post-Janus waiver. After the Supreme Court’s ruling, states that traditionally have been union strongholds, including California and New York, stopped deducting dues from union public employees that resigned their membership in the past, known as agency fee payers.

Admittedly there may need to be more litigation to enforce this decision, but at the least public employers in all states must require unions to produce signed union membership or dues checkoff agreements to satisfy the “clear and compelling evidence” standard put forward by the court. If unions cannot produce such evidence, public employers must stop collecting dues from these employees. This is broader than just stopping agency fees as California and New York have done. A state cannot collect dues from any employee if the union cannot produce evidence of a waiver, preferably one signed after June 27, 2018.

Unions and possibly public employers may also run financial risks if they collect dues from public employees without clear and compelling evidence of a waiver. After the Supreme Court issued the decision in Janus it also allowed the class action lawsuit Riffey v. Rauner to proceed. In Riffey, non-unionized home health care providers are suing the Service Employees International Union for $32 million in dues that were improperly deducted. The court’s blessing of the class action suit may indicate that the justices are sympathetic to other class actions involving improperly deducted dues. If this happens, unions or employers that deduct dues from public employees who have not affirmatively opted in may be on the hook for vast sums which would need to be returned to the employees.