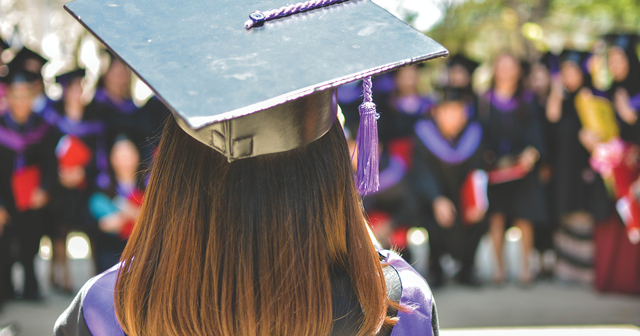 “Free” tuition is a bad idea for the state.
Publications / Viewpoints

Four years ago, I wrote that then-President Obama’s goal to provide two years of “free” community college for Americans was not a good idea. Earlier this year, Gov. Gretchen Whitmer announced a nearly identical plan for the state of Michigan with her MI Opportunity Scholarship. As before, this was met with cheers.

The cheers are not a clear sign that this is a wise decision, however. As a college professor myself, I can tell you this: We love our jobs immensely, often forgoing significantly more income in the private sector to answer our call to teaching. But I do not and will not work for free, nor will any of my fellow professors. The question, then, becomes one of who will foot this bill.

According to MIschooldata.org, as of the 2016-17 school year, about 28,000 students enter community college from high school each year. Since Gov. Whitmer wants to fund the first two years of community college for all students in Michigan, that’s a total of 56,000 students’ tuitions to pay each year. And that’s assuming that her plan doesn’t entice students who would otherwise not attend college to do so, nor does that total count students who enroll in community college and are a few years removed from high school graduation. With the average tuition for community colleges in Michigan at $5,223 per year, Gov. Whitmer’s plan will cost $292.5 million every year. That’s a lot of money to throw around. Will it work?

As I said in 2015, the current community college completion/graduation/transfer rate is about 52%. This alone is abysmal, as it means that almost half of all community college students pay tuition but fail to receive any degree at all. The statistics for students who transfer from a community college to a four-year program are even worse. According to the National Student Clearinghouse Research Center, in 2017, a mere 13.2% of students who began their post-secondary education at a community college were able to transfer and complete a bachelor’s degree within six years of their initial enrollment.

If roughly half of the students who enter community college successfully graduate, what happens to the rest? To answer this question, we can turn to data compiled by the Bureau of Labor Statistics. Assuming a person works 50 weeks per year, the annual earnings by educational attainment are as follows:

As is plain to see, the benefits of going to college but not completing a degree are minuscule at best. Earning an associate degree is certainly helpful, boosting income by about $516 per month, but the biggest boost in earnings from education is found by completing a four-year bachelor program. With only about half of community college students successfully completing a degree of any kind and with a mere 13.2% who transfer to a four-year institution and successfully complete a degree, the numbers just don’t add up. If enacted, this plan will have an exorbitantly high price tag, but it will provide only minimal benefits.

If Gov. Whitmer truly wants to help people get college degrees, she needs to look at the actual problems that people face. It’s incredibly easy to point to college tuition and student debt as the causes of so many problems in society. And it’s true that college tuition has skyrocketed to astronomically high levels over the last 30 years. But to put the blame here is to misdiagnose the real problem. Every year, millions of students experience very little difficulty in finding a way to pay tuition. So, the problem isn’t paying for college; instead, it’s completing college. If the governor wants to actually help people, and not just score cheap political points, she should work with colleges around the state to figure out why graduation rates for community college students are so low and what can be done to fix this.