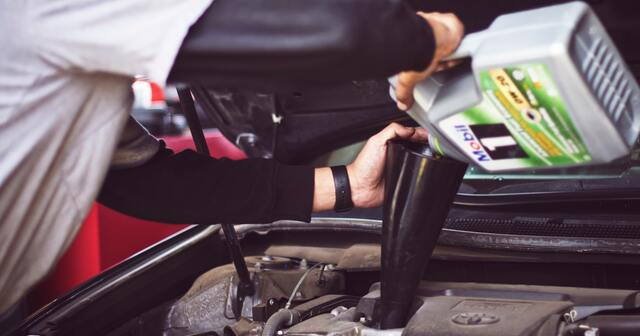 Editor's Note: This article was originally published in The Hill on May 8, 2021.

It may be hard to believe, but there is a policy reform that unites a wide range of people, including conservatives, liberals and libertarians. Business groups and think tanks on the left agree with it, as do President Biden and former President Trump.

It’s occupational licensing reform, and it addresses the state-mandated rules, fees, tests and training and educational requirements people must overcome before they can work legally. These obstacles to work have grown significantly for decades and have huge costs associated with them, with little benefit for the public.

In his campaign plan, Biden promised to “put an end to unnecessary occupational licensing requirements [and] ensure licenses are transferable from one state to the next.” Trump signed an executive order to “reduce the burden of occupational regulations in order to promote the free practice of commerce, lower consumer costs, and increase economic and geographic mobility.”

Those are good signs, but the vast majority of licensing laws are enacted by states, and that’s where the changes in law need to take place. Here are four occupational licensing reforms every state should adopt to help its workforce.

Review all occupational licenses on the books and those proposed. Did you know that in just three months you could earn a private pilot’s license to fly yourself and others across the country? But fulfilling the legal requirements to become a cosmetologist takes over a year — typically about 1,500 hours of training are involved. Did you know cutting hair without a license, even for free, is illegal in Michigan and some other states? Or that you can put makeup on theater or film actors without having to undergo state-mandated training, but doing so in a shop requires hundreds of hours and hundreds of dollars in payments to the state? Or that auto mechanics face fewer required training hours than foresters?

Policymakers rarely consider how the requirements they levy on one occupation compare to those imposed on other types of occupations. Every state should thoroughly review its existing licenses and standardize them as much as possible. State policymakers also should consider whether existing licenses are justified, such as those that can’t be shown to directly protect public health and safety.

Allow people with a criminal conviction to get a license to work. Most states have “good moral character” laws and flat-out bans on people with criminal records getting an occupational license. It makes sense to prevent someone with an embezzlement conviction from getting a license to be a financial adviser. But most of the time, the crime that disqualifies someone from obtaining a license has no connection to the work that person would do with the license. States should allow individuals with a criminal background to get an occupational license, provided the crime was not severe and not directly related to the job requiring the license. Being employed is one of the strongest deterrents to re-offending, but most states make it harder for former offenders to get a job.

Recognize licenses earned in other states. If you are a licensed deck-builder in Ohio and your wife gets a great job in Michigan that prompts the two of you to move, you shouldn’t have to go through another set of training courses and testing in order to work. Every state should follow the path of Arizona and recognize licenses or work experience from all 50 states. While the licensing requirements for particular jobs vary among states, the differences are mostly inconsequential. Licenses should be a common currency: A license earned in one state should carry the same value in any other state.

Prevent cities and other municipalities from piling on licensing requirements. A person who is qualified to work as an electrician in Lansing, Mich., should be equally qualified to work in Detroit. Too often, cities establish their own occupational rules. Licensing regulations should be universal across each state.

As states recover from the COVID-19 recession, now is the time to make it as easy as possible for people to get back into the workforce. These reforms would be a great start.