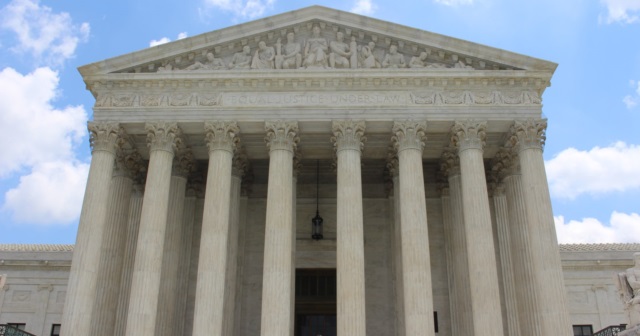 Editor's Note: This version has been updated to correct an inaccuracy. A previous version incorrectly stated that Mark Janus had recovered his fees. He is currently seeking to recover those fees.

MIDLAND, Mich. — Some public sector workers should be entitled to a refund for the union fees they previously paid, according to an amicus brief recently filed at the U.S. Supreme Court. The brief was co-authored by the Mackinac Center Legal Foundation, Goldwater Institute and Cato Institute.

In the 2018 U.S. Supreme Court case Janus v. AFSCME, the court ruled that forcing public sector employees to financially support a union was a violation of their First Amendment rights. As a result, millions of workers across the country were given the choice whether to pay dues or fees to a union without fear of losing their job. This helped free hundreds of thousands of “agency fee payers,” workers who opted not to be a member of a union but were still forced to financially contribute to one.

The brief asks the court to clarify whether agency fee payers may be entitled to refunds of the money wrongfully taken, regardless of a union’s purported good faith in committing the violation. The petitioner in the 2018 case, Mark Janus, was an agency fee payer at the time of the case and is currently seeking to recover fees he was wrongfully forced to pay. There are currently dozens of class-action and individual lawsuits across the country from former union members and fee payers asking whether they may also be repaid the money wrongfully taken from them.

“There continues to be a wide number of cases on behalf of agency fee payers,” said Patrick Wright, vice president for legal affairs at the Mackinac Center. “With hundreds of thousands of agency fee payers being affected by the Janus decision, it is important to have clarification from the courts. This will help ensure that the process won’t be too arbitrary and that most unions will be treated the same under the law.”

You can read the brief here.

You can learn more about the Mackinac Center Legal Foundation’s work here.