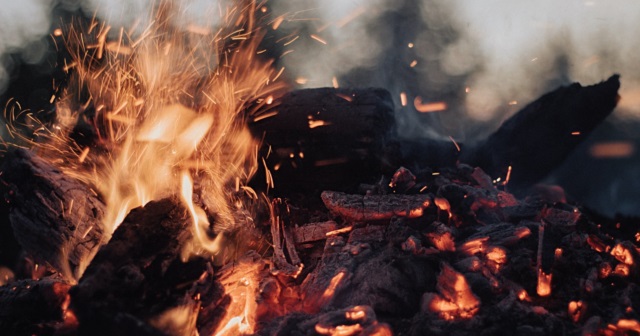 Governors across the country should take note

California, long known as the Golden State, has had an unfortunate method of reinforcing that moniker during the 2020 wildfire season. Ash and smoke from massive wildfires have often tinted the state’s skies an apocalyptic gold-red, leaving residents and wildlife longing for an end to the blazes. A new report from Arizona’s Goldwater Institute and the Mackinac Center shows us the way forward. But the solution offered in “Extinguishing the Wildfire Threat: Lessons from Arizona” isn’t what you’ll typically hear from any of the governors commenting on this issue, or from the media.

Thankfully, Michigan’s forests have been spared from the fires that are ravaging the western states in 2020. The Michigan Department of Natural Resource reports that fewer than 200 fires, totaling less than 750 acres, have burned in our state this year. Still, we are being inundated by the headlines, and many of us who have called the American West home worry as family and friends recount their experiences with the choking smoke, evacuations, and millions of acres burned. Amazingly, this summer’s wildfires have even sent smoke and ash as far east as Michigan.

In response, some governors have been quick to lay the blame for these massive fires on climate change. In a heated press conference, California Gov. Gavin Newsom complained that he’s now “a little bit exhausted” with anyone who would dare disagree that the fires are caused by a “climate damn emergency!” Washington Gov. Jay Inslee took the same tack in his press conference when he urged people to replace the term wildfires with “climate fires.”

For her part, Michigan Gov. Gretchen Whitmer echoed her western counterparts, using the climate change diagnosis as the impetus for her executive directive mandating the state go carbon-neutral by 2050. “We're seeing the impacts of climate change right now,” she said, “with the wildfires in California and the impact of the smoke actually being felt here.” There’s no doubt that a “climate damn emergency” makes for a catchy headline. But, if we’re going to implement effective wildfire control policies, we should dig a bit deeper to determine the fires’ real causes.

If climate change were the main culprit, adjacent forests that have similar climates should also be on fire. After all, we’ve been explicitly warned that “borders can’t contain climate change” and that these fires represent a “world management issue.”

But a look at our northern neighbors, and their ecologically and geographically similar forest ecosystems, tells a different story. In June 2019 the Canadian House of Commons overwhelmingly adopted a motion that claimed the country was in the midst of a “national climate emergency.” Then-Minister of Environment and Climate Change Catherine McKenna even tweeted the alarming statistic that Canada was “warming at twice the global average.” Relying on McKenna’s reporting of the so-called science, we would be forgiven for presuming that Canada’s 2020 fire season must be, at the very least, equally as intense as that being experienced in the western states, if not worse.

Strangely though, Natural Resources Canada, the Canadian federal government agency which oversees natural resource and energy policy, reports that the 2020 fire season “has been one of Canada’s quietist since the 1990s.” In fact, Canadian forests are experiencing only 8% of the normal 10-year fire average, with 3,621 fires, compared to 41,417 fires in the U.S. NRCan also reports that only 235,124 hectares (581,004 acres) of Canadian forests have burned, compared to almost 2,011,000 hectares (4,970,000 acres) in the U.S.A.

”Extinguishing the Wildfire Threat” provides the real story behind the extreme fires plaguing the American West. This publication builds on the 2018 report “Conflict to Cooperation,” showing how forest management over the past several decades has effectively closed down many national forests and public lands to all but the most primitive and nonmotorized forms of recreation.

Effective forest management techniques — spacing trees, thinning forests and using prescribed fires —have been largely precluded, at the same time as we have actively suppressed wildfires. As a result, our nation’s forests have become crowded with densely packed, diseased, and dead or dying trees. Beneath those trees, a compacted mix of deadfall, limbs, shrubs, and grass have built up, creating conditions that are ripe for massive wildfires.

But there is still hope. As I described in both reports, collaborative forest management techniques, which actively seek out the input of diverse stakeholder groups, can meet a variety of forest management goals. That is because a broad majority of stakeholders agree on many worthwhile goals: reducing wildfire risk, improving forest health, increasing biodiversity, stemming the need for prolonged litigation, and improving business opportunities.

This new report describes the efforts of a specific collaborative forest management effort in Arizona, called the Four Forest Restoration Initiative. Since it started in 2010, the initiative has restored over 700,000 acres of ponderosa pine forests in Northern Arizona. The stakeholders involved with this effort are currently working to complete a second environmental impact study that will allow them to continue the effort for a second, 20-year period and restore as much as 830,000 additional acres across the state.

Arizona’s initiative is a forward-looking and successful effort that has effectively reduced wildfires. By gathering these disparate groups together and encouraging them to transparently hammer out a consensus on forest management goals, collaborative efforts are allowing active forest management to begin again. Such efforts will always achieve far more than angry press conferences and virtue-signaling executive directives on climate change.

Some Greens Rejoice Over Environmental Effects of COVID-19 Restrictions