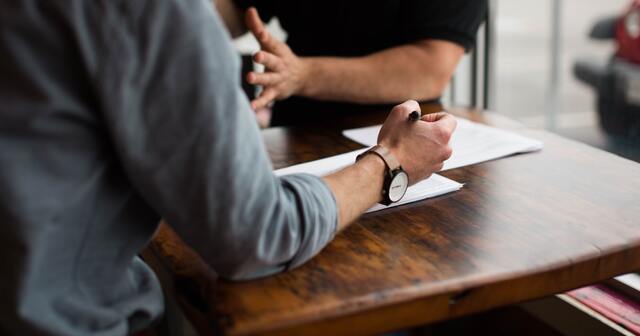 Federal employees may now opt out of their union at anytime

The Federal Labor Relations Authority recently entered a decision regarding the rights of federal employees, a change the Mackinac Center had called for in rulemaking comments. Details follow, but essentially the decision means that federal employees who are unionized may opt out of union membership at any time. This ruling matters because unions often erect bureaucratic barriers to trap workers into membership, barriers the Mackinac Center has repeatedly challenged in court and won.

According to a 2019 Congressional Research Service publication, there are about 2.1 million federal employees. This figure does not include the military’s 1.3 million active members or 600,000 post office employees. The FLRA is a three-person body that governs the Federal Service Labor-Management Relations Statute. According to the FLRA, “the Statute allows certain non-postal federal employees to organize, to bargain collectively, and to participate through labor organizations of their choice in decisions affecting their working lives.”

On Feb. 14, the FLRA entered a decision about when federal employees covered by the Federal Service Labor-Management Relations Statute could leave the union in light of the U.S. Supreme Court’s decision in Janus v. AFSCME. Here is the statute in question that applies to most federal employees:

(a) If an agency has received from an employee in an appropriate unit a written assignment which authorizes the agency to deduct from the pay of the employee amounts for the payment of regular and periodic dues of the exclusive representative of the unit, the agency shall honor the assignment and make an appropriate allotment pursuant to the assignment. Any such allotment shall be made at no cost to the exclusive representative or the employee. Except as provided under subsection (b) of this section, any such assignment may not be revoked for a period of 1 year.

The FLRA’s new holding is as follows:

In our view, it would assure employees the fullest freedom in the exercise of their rights under the Statute if, after the expiration of the initial one‑year period during which an assignment may not be revoked under § 7115(a), an employee had the right to initiate the revocation of a previously authorized dues assignment at any time that the employee chooses. Therefore, in the near future, the Authority intends to commence notice‑and‑comment rulemaking concerning § 7115(a), with the aim of adopting an implementing regulation that hews more closely to the Statute’s text. The regulation will be designed to further important policies underlying the Statute, such as robustly protecting employees’ rights and freedoms, and guarding unions’ institutional interests in a clear and effective procedure for collecting dues. Nevertheless, we recognize that the interests of bargaining‑unit employees and unions are not one and the same when employees want to discontinue financial support to unions by stopping dues payments. Thus, the regulation will also seek a reasonable balance between competing interests.

The end result is that federal employees, who were already in a right-to-work status, may leave the union at any time. Thus, one million federal employees could choose that opportunity. Assuming that these employees pay $500 a year in union dues, $500 million would be at stake. If 10% of those members leave, their unions would have $50 million less revenue annually.

The FLRA decision will likely be appealed to the D.C. Circuit.