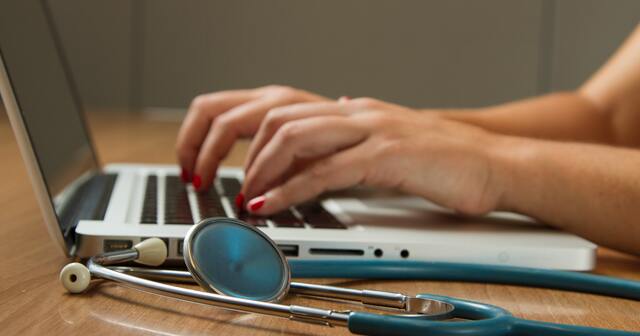 In 1965, Congress created the Medicaid program to pay for medical care for the vulnerable and those who cannot afford it. Unlike Medicare, which is run entirely by the federal government, Medicaid is administered by the states, with the federal government responsible for the bulk of the costs and state taxpayers contributing the rest.

Both the number of people covered by Medicaid in Michigan and the program’s costs have exploded over the past 20 years, and much of this happened without much purposeful decision-making by state leaders. (One notable exception occurred in 2012, when lawmakers increased the number of people who could qualify for services under the program.)

The number of Medicaid participants increased from 1,084,153 in 1997 to 2,472,035 in 2020, or from roughly 11% of the population to 25%. The state poverty rate barely changed over this period, decreasing from 10.3% to 10.2%, so the increase wasn’t caused by an increase in poverty. If the program were just to pay for medical services for people living below the poverty line, it would cover a fraction of the people it does now.

Lawmakers deliberately expanded Medicaid coverage to residents with incomes up to 138% of the poverty level in 2012. So at least some part of the increase was due to a choice made deliberately by lawmakers.

In addition, during the pandemic, Medicaid rolls increased by 437,307 people, an 18% gain. One reason for that increase was a rule that came with a round of federal stimulus money: During the pandemic, the state had to still provide Medicaid to anyone whose income went up over the income limit. Such a call meant that around 29% of everyone in the state is now covered by Medicaid.

It costs a lot to increase coverage from 11% of the state to 29%. According to the National Association of State Budget Officers, Medicaid costs in Michigan increased from $5.7 billion in 1997 to $19.1 billion today, more than doubling when adjusted for inflation. This includes a 163% increase in costs to federal taxpayers and a 38% increase to state taxpayers.

This is worth dwelling on because there’s been little intentional thought given to expanding the program. Yes, there have been decisions over the past 25 years that expanded eligibility. But there seemed to be no intentional public debate over whether Medicaid should be the state’s largest fiscal priority or whether that coverage should be tripled and costs doubled. Yet this has happened.

What has the public gotten in return for more than doubling Medicaid’s costs and coverage? That’s a tougher question. Finding the answer is difficult because low-income people can use other, means-tested federal assistance to buy health insurance. That is, the choice facing lawmakers is not between Medicaid or nothing, but rather Medicaid or private insurance subsidized by the federal government.

State lawmakers are likely not paying much attention to this question, however. Instead, the ultimatum presented by the federal government over Medicaid dollars seems to keep lawmakers on the expansionary path. Congress allocates tons of money to the states, and they only have to put up a little bit to access it. The direct recipients of the largesse — health care providers — are important constituents in every legislative district, and they want state lawmakers to go along.

The way legislators look at it, Congress has made the Medicaid funds available, and it’s their choice whether to spend a little bit to get a lot more. To some lawmakers, forgoing extra federal spending means that Michigan misses out on its fair share of federal cash.

Consider the latest budget deal. Just the “base and caseload” costs for another year of Medicaid are going to cost $715 million, of which state taxpayers will pay $201 million. Other changes in benefits cost an additional $469 million. State taxpayers will be responsible for $182 million of that sum. The increase in combined state taxpayer costs, if not spent on Medicaid, would be more than enough to ensure that roads get put back together faster than they fall apart. Instead, it goes to chase federal dollars.

Despite the federal largesse, Medicaid stakeholders are all frustrated by the program. Recipients face confusing rules about how to access coverage. For many, finding out what is covered is an anxiety-producing challenge; not going through the appropriate channels may mean that the government benefits don’t apply. Providers are upset by low reimbursement rates and the confusing payment mechanisms of the state’s managed care model. Taxpayers probably have the biggest gripe, however, considering the ballooning coverage and expenses for little public benefit.

The first thing that lawmakers ought to do is recognize that the default, year-by-year tweak of the past is not working. They ought to exercise their control over the program, and should start by enforcing their eligibility rules as soon as permitted by the federal government.