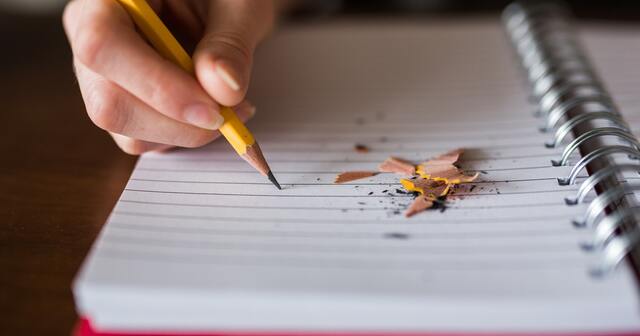 Facts Should Matter in the Realm of Education

Editor's Note: This article first appeared in The Hill on May 5, 2019.

When it comes to the educational choices families make, the nation’s largest teachers union can’t get its facts straight. Mythology propagated by the National Education Association (NEA), along with others, needs to be set straight.

“Diverting funds to private schools reduces the revenue available for public schools which educate 9 out of 10 students,” the National Education Association proclaims in a training document (slide 89). The president of the NEA, Lily Eskelsen García, also claims that “90 percent of our kids” attend public schools. The alleged fact has been echoed by other choice opponents.

The claim suggests that money belongs to schools and that society should not concern itself with the wishes of a small number of households. The claim also implies that the “90 percent” of kids in residentially assigned public schools would remain there if they were given the option to leave.

But wait — the number behind the NEA’s main talking point isn’t even correct.

The “90 percent” claims are intended to count only students in conventional school districts overseen by elected boards of education. After all, the same NEA presentation declares on slide 41 that charter schools are “private schools using public money.” Of course, that’s nonsense. Charter schools are public schools. They are prohibited from charging tuition and required to accept all students who apply, holding random admission lotteries when public demand exceeds capacity. Charter schools must also abide by federal laws regarding students’ rights, safety and special needs students.

One could even argue that charter schools often are more “public” because they do not limit who can attend based on where they live, as conventional districts do. Residentially assigned schools are able to close their doors to students whose families cannot afford to live within their boundaries. In fact, some parents have been sent to jail for trying to get their children into better traditional public schools to which they weren’t assigned. Even within some districts, typically in larger urban settings, some schools use selective admissions processes. In light of these facts, the union claim that “public schools accept all students” simply isn’t true.

Official federal data show that district public schools educate only 82 percent of the nation's K-12 students. If the NEA would acknowledge that charters are public schools, the share jumps to 87 percent. The remaining children participate in private or home education. The fact is that NEA defines charter schools as “private” and, at the same time, claims that “90 percent of our kids” are educated in public schools. But NEA cannot honestly hold both of those views concurrently. If it wishes to be truthful, it must concede that charter schools are public schools or change the “90 percent” claim to “82 percent.”

Of course, 82 percent is still the vast majority of students. But the union talking point implies that the vast majority would remain in residentially assigned public schools if they were given the opportunity to select a different school of their choice.

A 2018 national survey by the nonprofit group EdChoice indicates that many more parents would join the relatively small number who opt out of the traditional school district if they could. The number of parents who choose homeschooling or a public charter school would roughly triple, while private school enrollment would increase fourfold. That latter option was slightly more popular than the district public school, the first choice of only 36 percent of surveyed parents. Obstacles may include tuition costs for private school or work obligations that make homeschooling difficult.

Yet proponents of the status quo persist in saying that education funding should primarily underwrite institutions, rather than help students attain success through whatever path works best for them. That especially explains opposition to programs that provide state funding or tax incentives that support families who choose private schools. If the constraints imposed on private school options were removed, more families would use private schools.

Evidence that families are seeking something different also can be found in states where publicly funded private education is forbidden, such as Michigan. A little over 80 percent of Michigan children attend a public school district. Enrollment at charter schools is higher than the national average, and private school enrollment is lower. Nearly 15 percent of students in conventional districts attend one outside where they live — another indication that, when given a choice, a healthy portion of parents would choose something other than their assigned school district.

Mythology should have no place in the education debate. Yet we still have the nation’s largest union of educators getting the most basic facts wrong. These facts matter when trying to improve the educational opportunities available to students.