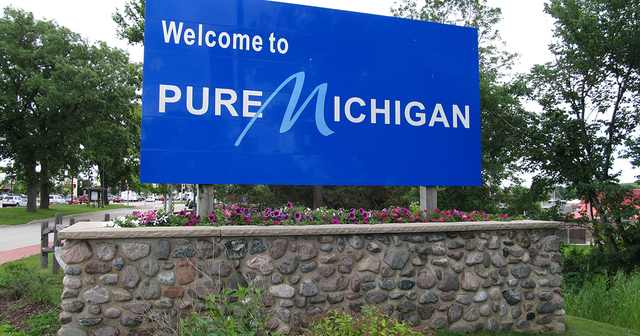 National Travel and Tourism Week starts May 7. It’s an ideal time to remind taxpayers, voters and lawmakers that the state of Michigan spends $34 million each year on a program to promote tourism. Unfortunately, the program, called Pure Michigan, is demonstrably ineffective and wasteful. Both the state government and the private trade association for the tourism industry make poorly supported claims on its behalf. A recent statement by tourism lobbyist Deanna Richeson about the Mackinac Center’s research is particularly shameful.

Deanna Richeson of the Michigan Lodging and Tourism Association emailed out a “Grassroots Alert!” last March asking recipients to “Tell Your Legislator to Protect Pure Michigan!” It claimed that “Pure Michigan funding is at risk” and that risk was “[f]ueled by misinformation from a study by a far right think tank that has already been discredited.”

I am the co-author of a recent study on state tourism promotion — the only recent, critical analysis of such I’m aware of in the country — so I was curious about Richeson’s claim that our work had been discredited. Starting on April 18, I used email, fax, the postal service and telephone to reach out to her to ask for supporting evidence of her assertion. I have not received a response.

In my letter, I point out that I’ve found no public review of our own study to suggest that it has been discredited. The only criticism leveled at it was a factually incorrect statement made by one of the state’s tourism-related contractors, the head of a company called Longwoods International. Specifically, I wrote:

Ms. Richeson, we take our scholarship very seriously. If our research has indeed been discredited, as you have alleged, we would like to know how and by whom. That way we can learn from any possible oversight or error on our part or — if in disagreement — offer a thoughtful rejoinder.

I was not surprised to see a state tourism official make a claim and refuse to support it with real evidence. The state’s jobs department, known as the Michigan Economic Development Corporation, does likewise, not only on its jobs programs but also on tourism promotion.

The MEDC has repeatedly hired Longwoods International to estimate the “return on investment” for Pure Michigan. That contractor publishes credulity-straining claims of effectiveness but refuses to explain precisely what evidence supports those claims. The MEDC, meanwhile, is perfectly comfortable with this secretiveness.

In other words, the MEDC and its contractors are saying, “Here are assertions of fact, but we refuse to support it with evidence, so you’ll just have to take our word for it.” Richeson and her organization have repeatedly cited the Longwoods numbers as evidence of Pure Michigan’s effectiveness.

Contrast the Longwoods and MEDC secretiveness with the Mackinac Center’s approach, which is 100 percent transparent, uses publicly available data and otherwise abides by all the standard canons of scholarly research.

We determined, using 39 years of data, that state spending to promote tourism is ineffective. Among other findings, we determined that when the state spends $1 million to promote tourism, hotels, motels, and bed and breakfasts share an extra $20,000 in economic activity. That represents a huge negative return on investment, and other industries in the tourism sector we looked at did no better.

Because of the stark contrast between our findings and the MEDC’s contractor, we challenged both David Lorenz, the head of Travel Michigan (an agency within the MEDC) and Richeson to a public debate. We proposed having the debate broadcast on the internet at our expense. The pair declined to debate us. The refusal is all the more frustrating given that each still repeats claims of the secretive Longwoods study and Richeson dismisses our work as “discredited” while refusing to explain such statements, even in private correspondence.

Lawmakers may finally be catching onto the impropriety of the state making claims it cannot back up. On April 28, state Reps. Steven Johnson and Martin Howrylak announced that they had asked the Office of the Auditor General to look into the methodology used by the state’s contractor, or to estimate an impact of the Pure Michigan program itself.

On May 2, Rep. Henry Yanez offered an amendment during budget discussions to eliminate the entire $34 million appropriation scheduled for the Pure Michigan program.

The Pure Michigan program doesn’t work and its key supporters can’t prove it does with real, transparent evidence. Until they can, they should refrain trumpeting the program’s success or dismissing others’ evidence as discredited.