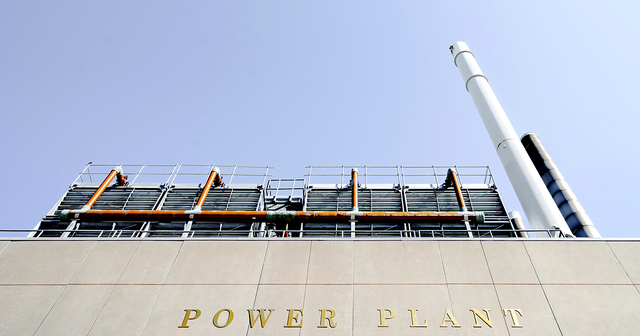 In his Oct. 9 press conference, EPA Administrator Scott Pruitt said, “Tomorrow, in Washington, D.C., I’ll be signing a proposed rule to withdraw the so-called Clean Power Plan of the past administration, and thus begin the effort to withdraw that rule.”

The news that Pruitt would repeal the Obama administration’s signature climate change regulation went off like a fire alarm in national energy and environmental circles. Groups like the Sierra Club referred to Pruitt’s plan as “a Faustian bargain” that would “jeopardize children’s health and the climate that they inherit.”

But in Michigan, the plan’s repeal is not an issue. That’s because our legislators effectively wrote President Obama’s utility scheme into state law last December when they passed Public Acts 341 and 342, Michigan’s new electricity legislation. These new laws mean that changes to the EPA’s plans will have little or no impact on our electricity system, or our future emissions. An Oct. 10 New York Times article reinforced this fact, reporting that Michigan — and 24 other states – will meet the targets the Clean Power Plan would have set for them, even without its rules in place.

Some media reports have tried to advance the notion that so-called market forces are the reason for states like Michigan achieving these cuts. But attempts to paint Michigan’s plans to abandon heavily regulated coal and move toward heavily subsidized and mandated renewable energy as a market choice are, at best, quaint and perhaps even a bit naive. (Under Michigan Public Act 341 and 342 of 2106, electrical providers in the state must obtain a minimum of 15 percent of their electricity from renewable energy sources by 2021.)

Michigan’s system first protects, and then richly rewards the regulated monopolies that provide the state’s electricity. It does this first by halting any competitive pressure the monopolies might face, then granting them substantial and regular rate increases, and finally bestowing on them generous returns on equity for any newly built generation facilities.

Our big state utilities are guaranteed a 10 percent (plus) return on equity on money spent tearing down old power plants and building new ones. Those guarantees are bolstered by generous subsidies and tax provisions, and then the companies’ bottom lines are further padded by expanded wind and solar mandates. All of these incentives have worked together to help ensure the planned closure of several existing – and already fully paid for – generation plants.

Michigan’s new electricity legislation continues to build on this lucrative relationship in that it exactly matches the restrictive and expensive goals of the Clean Power Plan, also called its “building blocks.” The three building blocks of the final plan were:

Absent the Obama-era plan, Michigan has still committed to imposing those same costs and restrictions on itself with last year’s electricity legislation. So, Michigan-based environmentalists and special interests that were concerned about the Trump administration’s new proposal can relax. The Legislature and the state’s electricity monopolies have already put in place a structure for higher prices and less reliable generation capacity. Michigan will still meet its original Clean Power Plan goals, expensive though they may be, regardless of the fact that there does not appear to be any need for them.

Michigan residents and rate payers will just need to get ready with their wallets.