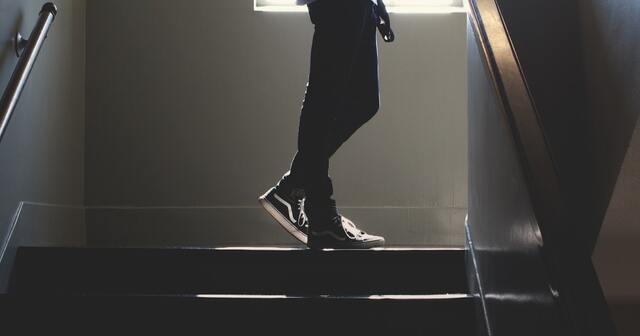 Purposeful action guides improvement from D to A grade

Some educational improvements don't require a drastic overhaul. Eau Claire High School's sure and steady climb in academic results shows how a persistent focus in a few key areas can reap rewards.

The southwest Michigan school fell short of expectations on Mackinac Center's 2012 Context and Performance Report Card, earning a D grade. But by focusing on a few key themes, the rural school has gradually risen from near the bottom to near the top. Eau Claire improved one letter grade on each subsequent report card, receiving an A on the edition released last month. The Center’s unique report card grades schools on multiple years of state test scores and adjusts these scores based on a school’s poverty rate.

The upward progress means Eau Claire High School went from the bottom 20 percent to the top 10 percent of the state's high schools in just six years. It was the third-largest jump among any of the 526 schools with data to compare. This improvement resulted from a deliberate course change "to ensure that learning isn't optional," said Superintendent Ann Shell. "Over the past several years, staff as a whole have been engaged in the collective work of making sure that what we are doing is working."

Eau Claire’s ability to improve resulted from prioritizing what classroom material is being taught, filling the gaps to reach students who fall behind, and raising expectations for conduct on campus.

District officials reviewed the curriculum and tightened it up to focus on more essential content. Some of Eau Claire High School's growing success also may be attributed to the district's decision to embrace standards-based grading, which is on track to be fully deployed soon. This type of grading helps students focus on achieving learning goals rather than simply passing tests. High School Principal Chris Smedley says Eau Claire seeks to "make sure students are at grade level or above before they move on."

The small, rural district also places a strong emphasis on school pride by rewarding students for exceptional behaviors. A district-created student scorecard measures areas such as attendance, class participation and work ethic to help determine extracurricular eligibility and other privileges.

Some families in surrounding communities have voted for Eau Claire with their feet, through Schools of Choice. Over the past decade, more and more students from the struggling district of Benton Harbor have enrolled in the rural district about 10 miles away. Last year, nearly as many Eau Claire students hailed from Benton Harbor as those who lived inside the district’s boundaries, with smaller numbers also coming from Dowagiac and Berrien Springs. In all, more than twice as many students transfer in to Eau Claire as those who transfer out.

According to Smedley, the appeal for those who select Eau Claire is the small size of the school and community. "If a student wants to participate in anything, they're able to do so here," he said. Class sizes are similarly small. As of 2017, the district employed one teacher for every 13.2 students, compared to the statewide ratio of 15.6-to-1.

The challenge going forward will be to maintain the high school's A-level status and to deliver more positive results for those who come through its doors. For now, Eau Claire High School has found a formula that is working to keep it on the right course.

What You Really Need to Know about Michigan Charter Schools