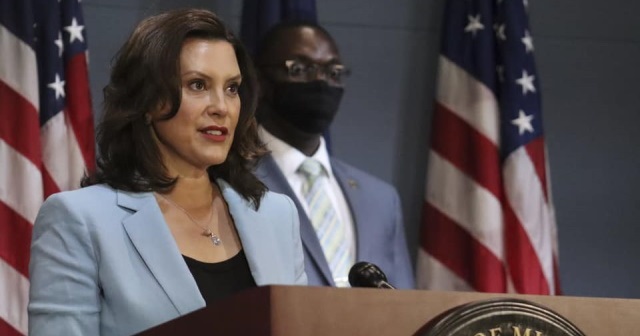 Governor's statements are misleading the public

Four days after the Michigan Supreme Court ruled against her use of emergency powers, Gov. Gretchen Whitmer declared at a press conference that she did nothing wrong.

She said, “The Court made it clear that I had interpreted [the 1945 emergency powers law] correctly.” And added later, in response to a reporter’s question, “So everything I’ve done has been considered appropriate within the law that was on the books.” The real wrongdoer in this case, the governor argued, is the Michigan Legislature from 1945, because it passed the Emergency Powers of Governor Act that later proved unconstitutional.

There is a kernel of truth to this, albeit a microscopic one. The court did reject the interpretations of the EPGA that the plaintiffs and the Legislature argued for in the case. They put forward that the statute’s language says it can only be used for local emergencies, such as riots, and only for a short duration. On this question, the court agreed with the governor that the EPGA’s language suggests it could be used for broader purposes, writing “[W]e conclude that there is one predominant and reasonable construction of the EPGA — the construction given to it by the Governor.”

To claim that this means the governor acted legally is thoroughly misleading, however. That’s because the court ultimately decided that the governor’s interpretation of the EPGA, and subsequent use of it, was unconstitutional. The majority writes, “[W]hile the EPGA purports to grant the Governor the power to proclaim a state of emergency based on the COVID-19 pandemic, and accordingly to exercise broad emergency powers, the EPGA by that very construction stands in violation of the Michigan Constitution” [emphasis added].

In other words, even though the court agreed that the governor interpreted the statute correctly, this interpretation gave the governor too much power without enough limits, and thus, is unconstitutional.

It’s important to remember that the EPGA has been Michigan law since 1945. The reason the Michigan Supreme Court has just now found it unconstitutional is because no other governor in the history of Michigan has attempted to use it in such a broad and limitless way. Make no mistake, it was Gov. Whitmer’s unique use of the EPGA that violated the Michigan Constitution.

In addition to this, the court also ruled unanimously that Gov. Whitmer defied a different state law: the Emergency Management Act of 1976. All seven justices found that her attempt to continue declaring an emergency under the EMA without legislative approval violated the clear requirements of that statute.

Instead of accepting and owning up to a mistake, the governor is misleading the public. The Michigan Supreme Court was clear: Gov. Whitmer’s use of the EPGA was unconstitutional, and she violated the EMA too.