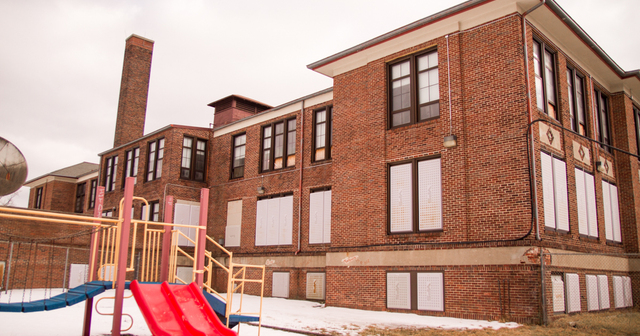 Detroit Schools Will Sell to a Prison, But Not a Charter School

After spending months fighting to prevent the sale of an abandoned building to a charter school, Detroit’s superintendent supports the sale of another property to a prison.

The Detroit Free Press reported last week that Superintendent Nikolai Vitti recommended accepting the sole $200,000 offer for vacant Detroit Public Schools Community District property from a developer in conjunction with a new Wayne County Justice Center. However, Detroit's school board narrowly rejected an offer to sell after member LaMar Lemmons insisted that the community did not want a correctional facility in the area. Two other board members joined him to stop the sale.

Community opinion didn't inform the district's attempts to keep an actual school from occupying one of its former buildings. On Nov. 30 Vitti told a legislative committee that DPSCD officials found a 2017 law against deed restrictions "problematic" in their fight to bar the sale of a former district building to Detroit Prep, a successful charter on the city's east side.

The superintendent blocked a property sale to a competing school, which some legislators saw as an attempt to flout the law. His actions come despite the neighborhood association favoring the new school location, and the school needing extra space to match its growth. But he apparently is now fine with selling property that will be part of a project to house convicted lawbreakers. While the Mackinac Center has no position on whether the district should sell a property to a correctional facility, the combination of moves certainly looks bad.

As Detroit parent and education activist Bernita Bradley wrote: "New schools are a threat, but new prisons are the answer to helping DPSCD gain new funds. Wow! Is the war against charters really this serious for you?"

The good news is that DPSCD backed down from its legal fight when the state Legislature squeezed the last ounce of ambiguity out of the law banning deed restrictions on school properties. Detroit Prep reached an agreement with the district, and is now on track to remodel the building and move into it by December.

And, at least for now, a new Wayne County Justice Center will have to be built without former school district property.