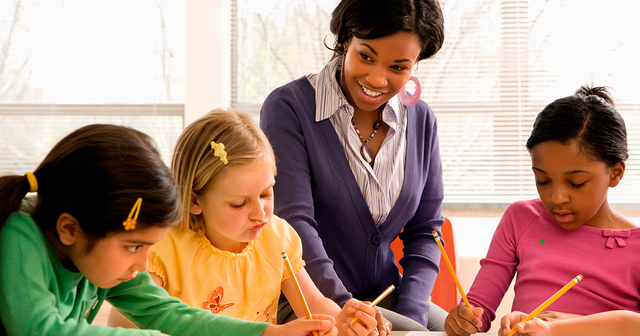 During his first day on the job, Detroit Superintendent Nikolai Vitti was greeted with concerns about the district’s high number of teacher vacancies that have left many students without a full-time teacher. The new schools chief has a number of tools at his disposal, while state lawmakers could provide even more.

Credentials and compensation are two main policy areas that could help address this challenge in the newly reconstituted Detroit Public Schools Community District. According to the Free Press, “about 100 classes are operating without a permanent classroom teacher.”

As part of the 2016 Detroit schools legislative reform package, the district was specially granted the option to hire noncertified teachers to fill vacancies. Shortly after the law passed, however, a lawsuit was filed to pre-empt any possible use of that option.

Even so, studies of other urban school systems have shown teacher certification is “a poor predictor of teacher effectiveness.” The first two years of a teacher’s experience, not certification status, proved a far more telling indicator of future classroom performance. A school system like Detroit’s has less to lose by expanding the base of prospective teachers to fill its empty ranks. DPSCD already benefits from some of the 75 Teach for America members active in the city. These recent college graduates have passed through a streamlined training program rather than receive traditional certification.

But there’s also a compelling case to give schools all over Michigan greater flexibility to hire teachers that fit their students’ needs. No legislative action is needed for the state to welcome innovative certification providers who can attract more capable candidates into the field. The state’s department of education can approve more alternative certification programs that would expand the pool of eligible candidates.

Not all teachers are equally effective at motivating and challenging students to succeed. Research shows that students who are exposed to higher-quality classroom instruction enjoy major economic gains in their adult working life. Nowhere is the need for this significant impact more acute than in a high-poverty, low-performing district like Detroit, where so many students start out behind and face numerous obstacles to greater achievement.

DPSCD already has taken a stab at rewarding top-notch teachers – following a 2009 state law that most large Michigan districts have ignored. About one in 30 teachers received a $1,000 bonus in 2016 for raising student test scores and demonstrating strong professional behavior. In his last job, Vitti used similar incentives not only to reward excellent teachers but also to give principals more authority to remove poor performers.

Still, the district could do more to limit future shortages. First, it will need to revisit its evaluation standards to better match results. Almost 7 out of 10 teachers have received the top mark on a four-tier rating system, with 96 percent getting either a “highly effective” or “effective” rating. Among Detroit charters – which outperform the district, according to multiple measures – those figures are considerably smaller: 19 percent and 86 percent, respectively.

The district also could offer premiums to qualified applicants in hard-to-fill subject areas. It could also use a premium to entice current teachers to transfer to challenging schools. These kinds of differential pay are seldom used in K-12 education, but they have been shown to alleviate the problem of shortages. If Detroit receives 50 applicants for an English teacher position, but only two for math, it is common sense that the salary offers should be different.

The final change that could fill Detroit’s classrooms with capable teachers is a major reform being contemplated in Lansing: pension reform. Most Michigan teachers end up as net losers from the current defined benefit pension system.

That system doesn’t help retain teachers early in their career, and actually encourages many great teachers to leave once they reach 30 years of service. Switching all new teachers to 401(k)-style investment plans would enable Detroit schools to attract young teachers and career-changers with better upfront compensation.

While waiting for help from Lansing, Superintendent Vitti should boldly seek creative strategies to ensure more district students have access to a quality teacher.