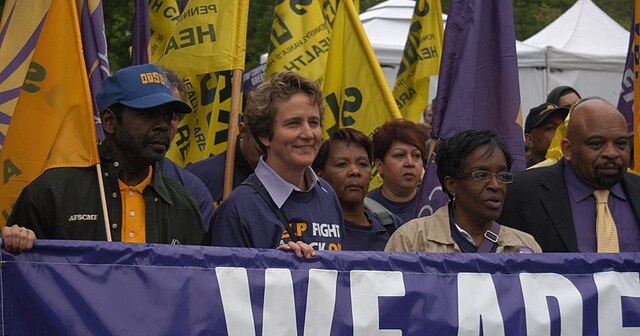 The SEIU is making a huge political investment to defeat President Donald Trump and other Republicans in the 2020 election. Michigan will be a focus state. But workers previously forced to belong to the union are voting with their feet, suggesting many members may not be thrilled with this campaign.

From the Associated Press:

One of the nation’s largest labor unions is unveiling plans to invest $150 million in a nationwide campaign to help defeat President Donald Trump, a sweeping effort focused on eight battleground states and voters of color who typically don’t vote. The investment marks the largest voter engagement and turnout operation in the history of the Service Employees International Union, which claims nearly 2 million members. […] The union and its local members will pay particular attention to two key urban battlegrounds they believe will play a defining role in the 2020 general election: Detroit and Milwaukee.

This effort is blunted by the union’s collapse in membership, driven by the end of the “dues skim” — a stealth unionization scheme that siphoned “dues” from funds meant for the sick and elderly — and the passage of the state’s right-to-work law.

In 2018, the U.S. Supreme Court also gave all public sector workers nationwide the ability to opt out of their unions. Since then, the national SEIU has lost 8% of its dues and fee payers, according to federal LM-2 reports.

Worker interested in exploring their union rights can do so at www.MyPayMySay.com/MI.