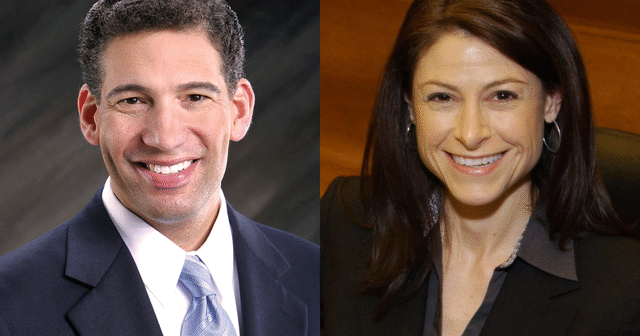 Bipartisan support for protecting property rights and due process

In 2016, the latest year for which we have data, at least 700 innocent people lost their property through civil asset forfeiture. According to documents received through open records requests, the typical asset lost —a car or cash — was worth about $500.

These takings can be challenged in court. But 80 percent of people who had property forfeited made no such challenge, meaning their assets defaulted to the government. That makes sense: Would you file a claim in civil court and hire an attorney just for a chance of getting back your $500? Probably not, and that’s why these people may not have been admitting guilt, but perhaps just acting rationally.

This illustrates why it’s so important that the Michigan Legislature reform civil asset forfeiture and require a criminal conviction before property is transferred to the government. The House Judiciary Committee is considering this now.

The issue has garnered bipartisan support, and the attorney general candidates on the Democratic side were asked about their position by Michigan Radio.

Dana Nessel is an attorney from Detroit who previously worked in the Wayne County prosecutor’s office, which processes a lot of forfeitures every year. Here’s an excerpt from the Michigan Radio article:

“I truly, honestly believe this to be a violation of due process," says Nessel. "What I see all the time is this: people who have never been convicted of a crime, people who have never even been charged with a crime and, you know, the police get a search warrant, they bust down somebody’s door and they take everything. They take all of their cash. They take all of their automobiles. If they have any money in a bank account, they freeze and seize that. (People) have to hire an attorney to basically prove those assets did not come about, did not come into their possession as a result of criminal distribution of narcotics."

She says if elected Attorney General, her office will not use civil asset forfeiture. But, if someone is found guilty in court…

“I don’t mind criminal asset forfeiture. When you have proven someone is guilty beyond a reasonable doubt, I think it’s absolutely fair game to go after property that was the result of the narcotics distribution or manufacturing,” Nessel explained.

Her opponent in the race is Pat Miles, previously the U.S. attorney in Michigan’s western district. He initially said civil asset forfeiture has seen some abuses but that it’s an important tool for law enforcement. By the end of the interview with Michigan Radio, however, he clarified his position. Here’s an excerpt:

Lester Graham: "Before or after conviction?"

PM: “Before conviction. There are instances where it’s appropriate.”

LG: "Can you give me an idea where that would be the case, where due process wouldn’t matter?"

PM: “Well, due process should always matter, and, so, but there is the instance where assets are forfeited from proceeds of large scale drug trafficking, from proceeds of embezzlement and other types of cases like that.”

We went on to talk about other issues and at the end of the interview, like I often do, I asked if he had anything to add.

PM: “Well, we can go back to the asset forfeiture question if you want. I might have a better soundbite for you.”

LG: (laughs) "Okay. That’s fine with me. What do you want us to know about asset forfeiture?"

PM: “Well, I would say that on asset forfeiture, that we should make sure that there’s due process before people’s assets are taken and that in all cases that law enforcement is not allowed to unilaterally seize assets rather than freeze assets.”

LG: "That’s a little different from what you were saying before."

LG: "This is your position?"

In an interview with Gongwer, Miles said he supported legislation that would require a conviction.

Politicians across the board should agree on this: No innocent person should lose property without the government first having proved wrongdoing occured. The Michigan Legislature has an opportunity to enhance Michiganders’ property rights and due process protections. To learn more about this issue and track the legislation, visit www.mackinac.org/forfeiture.