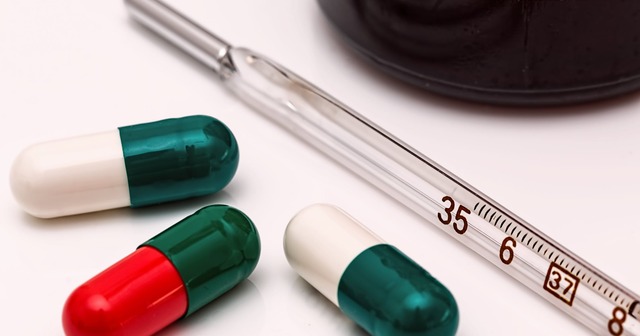 Suggesting to reduce tax rates is apparently evidence of a malady

The idea of increasing tax rates — including, most recently, imposing a graduated income tax — gets treated seriously by journalists and editors in the state. Proposals to cut taxes, by contrast, often get belittled, and proponents are treated like they have pathological disorders. That portrayal is not coming from the advocates for a larger government; it is coming from our news outlets.

“Tim Skubick: 2014 election year will mean tax-cut fever in Lansing,” published by Mlive in December 2013. The column described the desire to reduce personal income taxes as a “disease” influencing Lansing. Skubick is widely seen as the dean of the Lansing press corps, making his remarks more significant than if there were made by most other reporters.

“Snyder Tries to Chill Tax Cut Fever,” published by Michigan Public Radio in January 2015. Reporters tend not to write their own headlines, but the headline writer in this case thought some lawmakers were ill, because they proposed small reductions in personal income tax rates.

The opening lines of an article in the Detroit Free Press about the 2018 budget warns of a malady afflicting some legislators. “Tax cut fever is spreading through the Republican-controlled Legislature, but don’t look for any such proposals when Gov. Rick Snyder presents his 2018 budget Wednesday.”

“Five big things Michigan Gov. Rick Snyder wants done. All of them iffy,” published by Bridge Magazine in January 2018. Reporters asked experts their opinion on how Snyder’s agenda would fare “amid GOP tax-cut fever.” They repeat the term later in the article.

These examples are not portrayed as allegations from sources. They are from the reporters, columnists and editors, who are themselves judging that proposals to reduce taxes suggest something is wrong with their advocates.

The word “fever” can have several meanings. It can refer to a physical ailment that results from an infection — in other words, there’s a disease at work. It can also suggest intense enthusiasm, perhaps to a degree that reflects a lack of sober judgement and self-control. Finally, it can have the connotation of someone who is out-of-touch with reality; those who trade in and focus on conspiracy theories are sometimes said to be in the “fever swamps.”

Whatever connotation a reporter or editor has in mind, however, “fever” is a word of criticism, not a neutral description.

Compare that fact with how the idea of increasing taxes is usually treated.

With the new Whitmer administration in office, we have seen multiple stories about proposals to raise taxes, all without the word “fever,” which often accompanies stories about tax cuts. People have proposed increasing fuel taxes, corporate income taxes, cigarette taxes, sales taxes and personal income taxes. The governor’s own budget plan recommends a $2.5 billion tax increase in order to spend $1.9 billion on roads. We’ve yet to read of any claim that legislators or the governor are gripped by a tax-hike fever.

In discussing a proposed increase in the fuel tax, Tim Skubick didn’t question the governor’s health but said the tax hike demonstrated “that this governor is serious about really fixing the roads.”

Michigan Radio did a fair job of covering her proposed tax increases and found some opposition. Its reporter did not use the occasion to question anyone’s sound judgement.

The Detroit Free Press published 1,600 words on the possibility of a graduated income tax, which would require a constitutional amendment, without speculating about anyone’s wellness.

Bridge Magazine reporters surveyed a House Democratic plan to raise registration taxes on heavy trucks, as well as corporate income taxes. They did so without wondering whether Democrats were overly enthusiastic about the prospect.

So, offering a suggestion that the state reduce its tax rates is evidence of a malady, but calling for tax hikes reflects sound, sober judgement? Again, advocates are free to suggest that, even if they cheapen the debate by doing so. But should media professionals cast themselves as neutral observers and then act the same way? We don’t think so.

Somehow, in certain media precincts, letting people keep their own money is a problem while requiring more from taxpayers is not.

So there is only tax cut fever. People won’t hear of so much as a tax hike sniffle or cough.