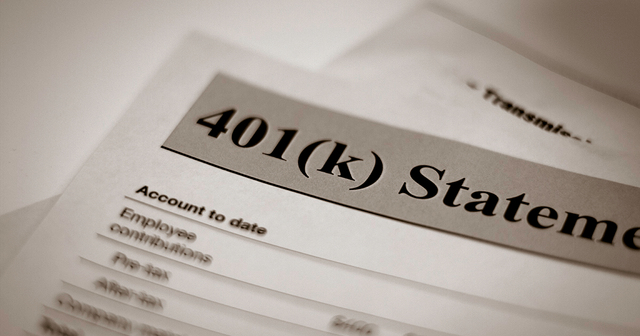 If you think states mismanage the pensions of their own employees, just wait until they get their hands on the retirement savings of private sector workers. Thankfully, Congress may undo an Obama-era regulation that could have removed safeguards for private pensions and forced some employers into government-run retirement accounts.

Two Republican members of the U.S. House, Tim Walberg of Michigan and Francis Rooney of Florida, have introduced bills to kill the idea through the seldom-used Congressional Review Act. Walberg chairs the House Subcommittee on Health, Employment, Labor, and Pensions.

The regulation, published August 2016 and amended in December, allows states and localities to “design and operate payroll deduction savings programs for private-sector employees, including programs that use automatic enrollment, without causing the states or private-sector employers to have established employee pension benefit plans under” federal law. The federal law in question, widely known as ERISA, gives pensioners a number of protections.

“Hardworking Americans could be forced into government-run plans with fewer protections and less control over their hard-earned savings,” Rooney noted in a press release. “Employers will face a confusing patchwork of rules, and many small businesses may forgo offering retirement plans altogether.”

States such as California, Connecticut, Illinois, Maryland, and Oregon already, in the words of the regulation, “require certain employers that do not offer workplace savings arrangements to automatically deduct a specified amount of wages from their employees' paychecks unless the employee affirmatively chooses not to participate in the program.” In these states, employers “are also required to remit the payroll deductions to state-administered IRAs established for the employees.”

In short, the regulation would allow state and local governments to set up pension plans outside the scope of federal laws that impose a fiduciary duty on plans and require them to invest solely for the benefit of their participants. By bypassing federal protections that apply to existing plans, the Obama-era rule could lead to giant unregulated (by federal standards) funds for state governments, which could play politics with the retirement security of private sector employees. Even worse, many workers would be automatically signed up for these programs unless they affirmatively opt out.

Why is all this worrisome? Just look at one state where politicians are trying to get their hands on private sector pensions without the constraints of ERISA. I first noted this in a 2009 Competitive Enterprise Institute study titled “Your Retirement or Our Political Agenda: How Politicized Investment Strategies Threaten Workers’ Pensions.”

In 2000, then-California State Treasurer Philip Angelides launched his ‘Double Bottom Line’ initiative to adopt certain social and tobacco-free investment policies — including using the pension funds in CalPERS and CalSTRS for local economic investments. The divestment of tobacco was a costly mistake. CalSTRS revealed that its tobacco investment ban lost the plan $1 billion in gains, and in 2008 conceded that they ‘could no longer justify’ avoiding tobacco stocks.

California’s billion-dollar mistake was possible because the state pension fund for public employees was not subject to ERISA, letting Angelides make political statements with public employees’ retirement savings instead of investing solely for their benefit.

The political temptation goes beyond selecting investments, however. Public pension funds use their money to pressure companies and the government to advance political agendas. Again from the study:

In June 2009, 41 signatories representing some of the nation’s largest public pension funds and others with approximately $1.4 trillion in assets wrote to the Securities and Exchange Commission, asking the agency 'to improve disclosure of climate change-related risks, and material environmental, social and governance risks, in securities filings.’

According to Andrew Biggs of the American Enterprise Institute, state and local government pensions are already underfunded by over $5 trillion. Some states now want access to private sector retirement money. To add insult to injury, they want the ability to automatically enroll private employees into these accounts without safeguards against using that money for politics.

Repealing the regulation will protect workers and stop state and local governments that wish to use money they control but do not own from dipping their hands into private sector retirement accounts.