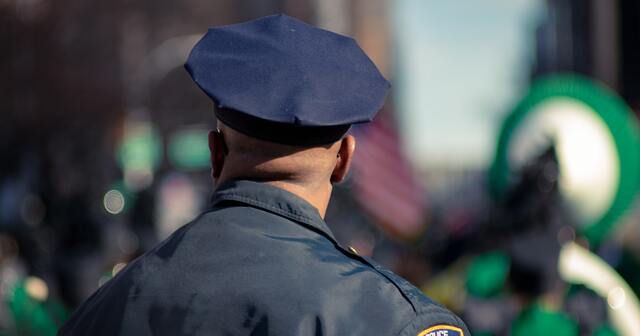 Completing the Fix for Police Accountability

We must adopt a comprehensive approach to police reform

On May 25, George Floyd was killed by members of the Minneapolis Police Department. This came less than two weeks after Louisville police officers shot and killed Breonna Taylor during a no-knock raid on her apartment.

The circumstances surrounding these two deaths involving police officers — and too many others across the country in recent years — appear to have created a tipping point in public attitudes toward police reform. The American public is clearly upset by these abuses of police authority and demands that such incidents not happen again. And they expect their political leaders to take action.

In Michigan, the Senate has already passed legislation that would establish minimum standards for training in de-escalation techniques, implicit biases, procedural justice, and mental health resources and support available for law enforcement officers.

Senators have also proposed that all law enforcement agencies adopt a written “duty to intervene” policy, creating an affirmative duty for officers to intervene verbally or physically to prevent an observed use of excessive force by a colleague. And another newly filed bill simply prohibits law enforcement officers from applying pressure to the throat or windpipe of an individual.

At the federal level, there are multiple proposals in Congress to end the doctrine of qualified immunity. As John Kramer at the Institute for Justice put it, “Qualified immunity means that government officials cannot be held accountable for violating the Constitution unless they violate a ‘clearly established’ constitutional rule. In practice, that means that government officials can only be held liable if a federal court of appeals or the U.S. Supreme Court has already held that someone violated the Constitution by engaging in precisely the same conduct under precisely the same circumstances.”

All of the aforementioned ideas have merit and will help as far as they are allowed to go. But for any of these proposals to realize their maximum effect, lawmakers must also take on law enforcement disciplinary processes.

To be clear, law enforcement officers have an extremely difficult job, and most of them do it professionally and conscientiously. Many of us who have generally given law enforcement the benefit of the doubt after previous controversies have stood still and trusted the good cops to purge the bad ones from their ranks. These recent incidences demonstrate, however, that that is not enough.

In almost every major American city, contracts between law enforcement officers and local governments are collectively bargained. And a key aspect of these negotiations is the disciplinary process to which officers are subjected.

In 2016, researchers at the Police Union Contract Project analyzed the police union contracts of 81 of America’s 100 largest cities, as well as the police bills of rights that have been adopted by 15 states. The data spells out in great detail how collective bargaining has allowed police unions to stuff their contracts with provisions that protect bad cops.

The Detroit Police Officers Association collective bargaining agreement, according to the study, has provisions that fit the latter five problem categories:

Derek Chauvin, the Minneapolis cop who asphyxiated George Floyd, was named in at least 17 misconduct complaints in his 18 years on the job. His personnel file includes one letter of reprimand, but no information on how the other complaints were handled. The Minneapolis police contract has provisions in only four of the six problem categories.

On Wednesday, Minneapolis Police Chief Medaria Arradondo announced he was withdrawing from contract negotiations with the police union. “I plan to bring in subject-matter experience and advisers to conduct a thorough review of how the contract can be restructured to provide greater community transparency and more flexibility for true reform,” he said.

In Michigan, we are not so fortunately situated, as the current police contracts in Detroit, Grand Rapids and Lansing run through 2022. If municipal officers are not willing to reopen their contracts and reform the anti-disciplinary provisions, state legislators must act. The Mackinac Center is working with national experts on proposals that would preempt local governments from collectively bargaining or otherwise implementing anti-accountability provisions in their law enforcement disciplinary processes.

Our elected leaders must adopt a comprehensive approach to police reform that addresses training and methods, but also discipline. Reforming police disciplinary policies will require Republican statesmen to challenge the badge and Democratic statesmen to challenge organized labor. A failure to act on this will undercut the other good work being done on training and methods, and stoke the sentiment for more radical reforms that leave both officers and civilians even less safe.