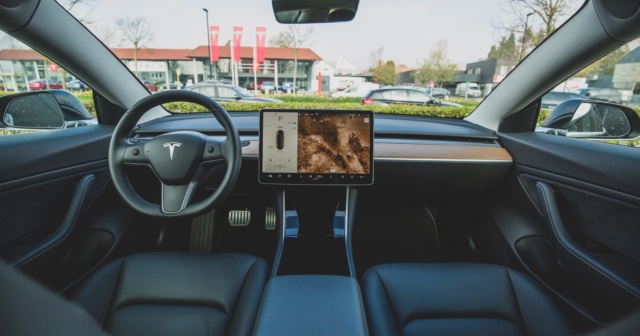 Car companies should be able to sell products directly to consumers

In the fall of 2014, the car dealers lobby promoted a bill in the Michigan Legislature that passed and stopped Tesla from selling cars directly to consumers. Simply by eliminating the word “its” from Michigan’s Motor Vehicle Franchise Act, the law suddenly prohibited car companies from opening their own show rooms or service centers in Michigan.

This is a major problem for companies making electric vehicles, such as Tesla. Car dealers make most of their money not from selling cars but from servicing them. Electric vehicles require far less service, making them less profitable for traditional dealers. Tesla, and most other EV companies, therefore, prefer to sell their vehicles directly to consumers and service those vehicles themselves.

In 2016, Tesla brought a constitutional challenge against this law in federal court in Grand Rapids. Earlier this year, the state settled with Tesla. Under the terms of the settlement, Tesla, and other EV companies, are allowed to sell and service cars in Michigan, with a few minor restrictions.

But auto dealers are promoting a new bill, House Bill 6233, that would codify the Tesla settlement, but also severely limit their competitors. In fact, the bill would make Michigan law even more draconian than it was before the Tesla settlement. It would define “sell” to include “offering test or demonstration drives for a new motor vehicle.” This would mean that car manufacturers could not even let customers test drive their vehicles.

In the past, the car dealers’ lobby has argued that prohibiting direct distribution is necessary to protect consumers, but this argument is frivolous. Not a single consumer organization backs the dealers on this issue. To the contrary, the U.S. Federal Trade Commission — the leading consumer protection agency in the country — has publicly stated that direct distribution bans are bad for consumers. So have the Consumer Federation of America, Consumer Action, Consumers for Auto Reliability and Safety, and the American Antitrust Institute.

On the merits, the dealers’ consumer protection arguments make little sense. They argue manufacturers will overcharge customers if they can sell directly to them. But their alternative, that adding a layer of costs between manufacturers and consumers reduces prices has no basis in economics. While direct distribution may not be the right model for every car company, prohibiting it is bad for consumer choice and innovation. The optimal mix of distribution strategies should be determined by competition and consumer response in the market — not by the Legislature selecting a one-size-fits-all model.

The right of a car company to sell its products directly to consumers is an issue that resonates with people from a wide variety of ideological perspectives. A coalition of environmental groups is opposing HB 6233 because the bill erects new entry barriers to electric vehicles. Consumer groups oppose these measures because they deny consumers options and potentially raise prices. Free-market proponents like Americans for Prosperity and the Institute for Justice stress how this denies companies and consumers the right to decide for themselves how to buy and sell cars.

The bill is also constitutionally suspect. It carves out a special privilege just for Tesla and denies it to all other manufacturers, even ones similarly situated. If the legal challenge brought by Tesla had merit — as the federal district court indicated that it might and the state apparently recognized in settling — then this new prohibition should be unconstitutional, too. It restricts EV companies similarly to how the law once did for Tesla. By passing this bill, the Legislature is guaranteeing that Michigan taxpayers will have to fund the defense of another lawsuit challenging a blatantly unconstitutional statute.

Michigan has taken great steps forward to become a leader in mobility innovation. Unfortunately, the dealers are trying to codify car distribution as it stood in 1950. After the Legislature passed its anti-Tesla bill, the Information Technology & Innovation Foundation gave Michigan one of its dreaded “Luddite Awards.” Policymakers should avoid a repeat.