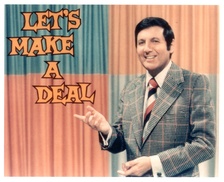 State programs to give particular companies taxpayer-funded business subsidies are often described by politicians in terms that make them sound like a deal-closer fund. These have been created by some states to enable their governor or other high-ranking officials to land a major employer shopping around for a place to locate a new factory or headquarters.

State Rep. Beau LaFave, R-Iron Mountain, described his votes for the subsidy programs in such terms in a Michigan Capitol Confidential story:

“Since other states that border mine, like Wisconsin, are going to offer sweetheart deals, we have to be competitive as well,” LaFave said. “So if you are talking 1,000 jobs downstate or a couple 100 jobs in the U.P., I’d be interested in making that possible.”

But very few of the $16 billion in corporate subsidy programs included in a recent analysis by the Mackinac Center for Public Policy were designed to land a big employer located in another state or country. What they did instead was give taxpayer money to businesses that are already located in Michigan.

For example, Michigan’s main subsidy-delivering vehicle these days is called the Business Development Program, and it has no requirement to focus its handouts on competing with other states. To get a deal from the program, a company just has to pledge to create enough jobs to meet its requirements.

In many cases, the jobs probably would have been created without taxpayers having to shell out money. An even more common occurrence is that the promised jobs never come to pass at all.

Notice how different this is from the “deal closer” rhetoric politicians from the governor on down use when trying to justify these ongoing favor-factory programs.

The two new subsidy regimes likely to be approved by the Michigan Legislature within the coming weeks are also about distributing tax money to homegrown businesses. The first is a so-called rural development fund. This is mostly about subsidizing existing businesses in rural communities, not luring footloose employers from other states or nations.

The second program is labeled “historic preservation,” but is really about writing checks to favored developers who rehab old buildings.

The history of such programs suggests that neither of their new incarnations will grow Michigan’s economy or employment. What they will do, though, is keep dozens of state “economic development” officials employed by, among other things, writing press releases that flatter the politicians who make their jobs possible.

The reality is, most job growth happens without taxpayer money being handed to politically favored corporations and developers. Political deals create only a tiny sliver of new jobs in the state’s economy, and they do so at taxpayer cost.

Programs like those now under consideration are usually presented to lawmakers as an ultimatum to pony up cash or be left behind. This is a self-serving mirage promoted by what has become a virtual “economic development” industry, and the sooner legislators here and in other states figure that out, the better off will be the citizens and taxpayers they represent.