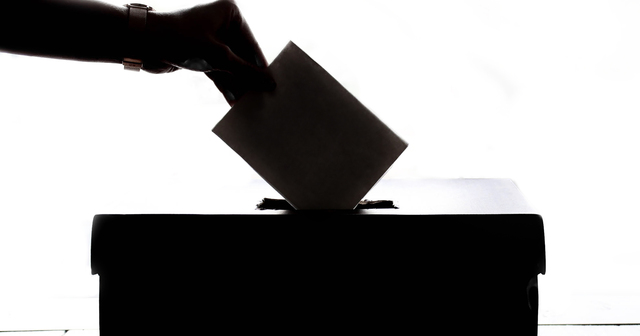 The following are the polls taken about “right-to-work” laws in Michigan in recent years. Right-to-work makes it illegal for people to forced to pay dues or fees to a union even if they work in a unionized workplace and under a collective bargaining agreement. Michigan passed a right-to-work law in December of 2012.

January 2023: A poll from Target Point Consulting found that 58% of voters support the right-to-work law, while only 29% oppose it. Support for the law was strong across most demographics. 71% of Michigan Republicans and right-leaning independents favor the law, as do 66% of Independents. Democrats and left-leaning independents also support the law, with 46% in favor and 40% opposed. Similarly, 46% of citizens who voted for Gov. Gretchen Whitmer favor the law, while 40% oppose. Even voters who belong to labor unions favor the state’s right-to-work law. 60% of all union members are in favor and 34% opposed. Those who are members of teachers’ associations are narrowly in support, 49%-47%.

December 2022: A poll from the Glengarriff Group commissioned by the Detroit Regional Chamber found that only 29% of people supported overturning Michigan’s right-to-work law. 50% of people were neutral or undecided and 22% were opposed. Only 33% of “strong” or “lean” Democratic voters and 38% of union voters were supportive of overturning the law. Those polled were also read a list of policy priorities from the incoming Democratic Legislature and only 4.5% picked “repeal Michigan’s right-to-work law” as their top priority; 6th out of the 7 policy options they were given.

December 2022: A survey from the Democratic firm Public Policy Polling commissioned by the liberal activist group Progress Michigan asked Michigan voters whether they support, oppose or aren’t sure about a series of policy issues the Legislature could tackle in 2023. 42% supported repealing the state’s right-to-work law with 30% who “strongly support” and 12% “somewhat support” doing so. This compares to 26% who would keep the law and 31% who say they are not sure. Of the 12 policy issues the liberal organization asked about in its poll, repealing Michigan’s right-to-work laws was the least popular, and by a significant margin. This comes even with the polling sample being skewed in at least one important way. According to the poll’s demographic section, 40% of those being polled were in a household with a current or former union member. In Michigan, only 13.3% of workers are members of a labor union.

December 2022: A poll commissioned by the Mackinac Center for Public Policy found that voters supported the law overwhelmingly, with 60% in support and only 17% opposed. Even union households support the law by a margin of nearly 2-to-1.

December 2012: There were four polls on the issue of right-to-work in December 2012, the month it was passed into law. Polls from EPIC/MRA and Mitchell Research, right before the law was passed, found support was at 54%-40% and 51%-41%, respectively.

A poll after the law was passed showed it underwater, with 41% in support and 51% opposed. That poll, from Democratic pollster Public Policy Polling, is the only one showing more people opposing than supporting right-to-work. Another poll at the same time from Michigan State University found that 43% of Michiganders thought the recently passed law would help the economy, and 41% believed it would hurt, and 16% thought it would have no effect.

March 2012: A poll commissioned by the Michigan chapter of the National Federation of Independent Business and another done by the Marketing Resource Group on behalf of Inside Michigan Politics had similar results: 57% support to 35% opposed, and 58% support and 37% opposed, respectively.

Labor Day in 2010: the Grand Rapids Press commissioned a poll and found overwhelming support for right-to-work, with 51% backing it and 27% opposing it.

October 2007: The Windquest Group sponsored a poll showing that 40% of union households supported a right-to-work law.

September 2006: A poll commissioned by the Detroit Free Press showed 56% of Michiganders supporting the law, including 42% of union households.

Voting on Constitutional Amendment that would prevent right-to-work: Perhaps the most notable measure of how Michigan voters feel about the issue of right-to-work came in November 2012.

Labor unions had collected signatures for a constitutional amendment that would have banned lawmakers from passing a right-to-work law.

Specifically, part of the amendment would established that “No existing or future law of the state or its political subdivisions shall impair, restrict or limit the negotiation and enforcement of any collectively bargained agreement with a public or private employer respecting financial support by employees of their collective bargaining representative according to the terms of that agreement.”

Bob King, then-president of the United Auto Workers, the main union pushing the amendment, specifically said this was done after Gov. Rick Snyder would not commit to vetoing future right-to-work legislation.

The constitutional amendment was voted down by Michigan voters, 57% to 43%. A month later, the right-to-work bill was passed by lawmakers and Snyder signed it into law.