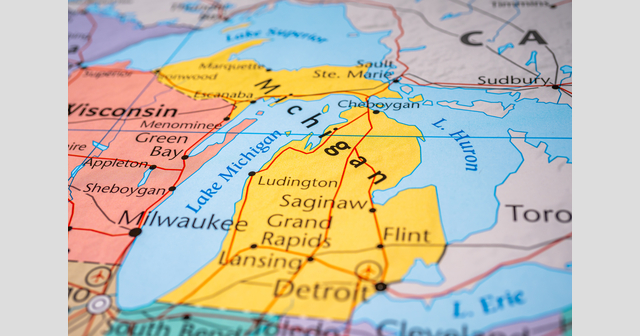 And we aren’t running out of water

It’s becoming almost routine to see headlines filled with dire warnings that Michigan and the Midwest are becoming a “climate haven” – a place to which people can escape from allegedly inhospitable temperatures and disappearing shorelines. The stories describe a nation plagued by worsening storms, increased droughts, colder winters, blazing summer, both higher and lower snowpacks, and a host of other environmental calamities brought on by a changing climate. But the Great Lakes region, we are told, offers shelter for those who have been displaced by the growing threat of climate chaos.

Recent articles and videos from MLive depict Michigan as a climate haven. Governing Magazine, describes “a growing movement of so-called climate migrants.” Similar characterizations have been published in Bridge, Crain’s Detroit Business, WOOD-TV, WIRED and many others.

“Climate change continues to impact the world,” MLive’s video bluntly states, which is why “more and more people are moving here.” Employing the apocalyptic language so common in these pieces, MLive describes how “families flee climate crises to resettle in Michigan’s haven.”

These stories appear frightening and extreme. Will Michigan be overrun by “climate migrants?” Will our infrastructure be overwhelmed and the Great Lakes drained by growing populations?

Before we give in to climate anxiety, we should ask what the concerns are and what evidence indicates these concerns are warranted. Two issues jump out immediately. First, too many people are moving, or will soon move, to Michigan. Second, the population boom threatens to deplete our water supply.

Neither of these issues should cause Michiganders to lose any sleep. Here’s why.

Michigan does have a population problem, but it is the opposite of concerns over an influx of climate migrants. We actually have too many people moving out of the state. Michigan’s population barely grew between 2010 and 2020, according to the U.S. Census Bureau, and it has declined in every one of the last three years. The climate haven articles describe a handful of anecdotal cases but provide no evidence the state is awash in climate migrants. And even the people in these stories cite several reasons apart from climate for their decision to move to the Midwest.

Michigan has ample room for many, many more people. Our population density is middle-of-the-road compared to other states. To approach Pennsylvania’s population density would require an additional six million people. That’s not happening in any realistic future. And, as those who have driven through either state know, both Pennsylvania and Michigan have plenty of available room for new residents.

Reporters fret that Michigan will soon see “sprawl,” “housing spikes” and “traffic congestion.” But these issues are either unlikely, or easily mitigated with good public policy decisions, like zoning reform. And given the fact that an increased population would provide a larger tax base, it’s a far better challenge to face than our current reality, a slowly shrinking population.

Additionally, there’s little available evidence that climate change is forcing vast swaths of people to relocate. According to the latest Census Bureau numbers, northeastern and midwestern states that have temperate climates and touch large bodies of water saw the greatest population declines due to net emigration. But southern and western states, which so-called climate migrants are reportedly fleeing to escape the threats of rising sea levels and raging wildfires, have seen the fastest levels of population growth.

Michigan has hundreds and hundreds of miles of cheap and available land right on the Great Lakes. It’s inexpensive and in small or unincorporated areas because very few people live there or are moving there. The Upper Peninsula has been losing population for a hundred years, so it’s not clear why we would fear a slight increase in immigration to the area. As a colleague deadpanned, “Global warming will start bringing people to Michigan any decade now.”

A second area of concern described in reports of climate-induced migration is that Michigan’s supply of fresh water is threatened. The Great Lakes hold six quadrillion gallons, or 21% of the world’s surface fresh water. For context, that’s more than twice the water in the entire continent of Africa and enough to cover the entire continental United States in 10 feet of water. America has more water than Africa and Europe combined.

Michigan has direct access to more fresh water than almost anywhere on the planet. That would not change if our population doubled and water from the Great Lakes were pipelined to drier regions around the country. Limited supplies of fresh water, in the U.S. and elsewhere, are typically due to distribution problems, not a dwindling supply of freshwater resources. And distribution issues can be solved with good policy decisions.

People move for a variety of reasons, but “climate change” is rarely one of them. Having more people relocating to Michigan would be a positive outcome for the state. As is often the case, the claims made in frightening headlines don’t stand up to scrutiny. Population declines currently represent a far greater threat to the Wolverine State than population growth.