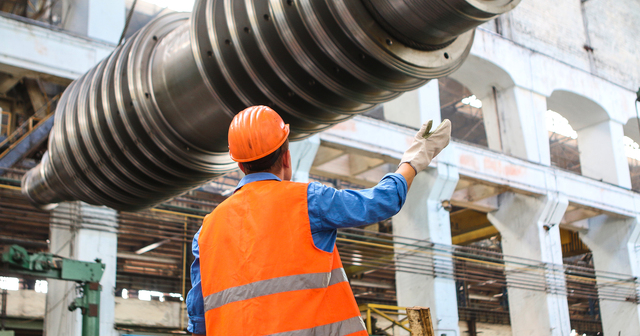 New majority should not trade job growth to reward unions

After gaining control of both the state House and Senate, Michigan Democrats are already announcing what to expect from the first Democratic trifecta in just under 38 years. One major policy priority: repealing the state’s right-to-work law. They should reconsider, as right-to-work laws are better for workers, for unions, and for the economy.

Right-to-work laws are simple: private employees can't be fired for refusing to pay a union. Without a right-to-work law, employees are forced to make a choice between whether to support a union or lose their jobs. Employees still have the option to join the union if they want, but those who don't can't be forced to pay dues to the union.

Take, for instance, the UAW scandal. The investigation into the United Auto Workers revealed officials spending tens of thousands of dollars of dues money on cigars, meals, luxury villas, and golf equipment. In 2020-2021, the UAW lost 6 percent of its membership, likely in part due to the scandal. In states without a right-to-work law, workers would continue to be forced to financially support a union they've seen abuse their dues. The same is true for employees who take issue with a union's political spending or its political activity. In 2022, the National Education Association spent 98.54 percent of its political spending in support of Democratic candidates or progressive causes. Its counterpart, the American Federation of Teachers, spent 99.94 percent of their political spending in the same way.

A teacher opposed to these candidates or causes, if trapped in a union, would be forced to essentially subsidize this speech, even if they found it antithetical to their values. Or at least they would be, if not for the Supreme Court's 2018 Janus v. AFSCME decision, which extended right-to-work protections to all public sector employees.

In right-to-work states, unions have to effectively represent their members or risk having members opt out of union membership. This challenges them to offer better, more responsive services to their members, since membership dues directly affect the union's bottom line. In forced unionization states, by contrast, unions have a guaranteed source of revenue. They have no incentive to provide the best services possible.

Recent job trends show the difference is obvious. According to the Bureau of Labor Statistics, right-to-work states have more than fully recovered the jobs they lost during the pandemic, adding 1.6 million jobs. This represents an increase of 2.1 percent. States that force private sector unionization, on the other hand, have lost 809,000 jobs or a 1.1 percent decrease. A 2022 Mackinac Center study about right-to-work laws found that a jobs realignment is taking place, away from non-right-to-work states like Ohio and toward Michigan and Indiana. It's troubling to see Michigan's lawmakers now promoting the repeal of right-to-work. At a time when the public's consumer sentiment is at some of the lowest levels in a decade, Michigan legislators should be focused on passing sound policy that encourages economic stability and growth. If Gov. Gretchen Whitmer wants to fulfill her promise of restoring jobs and helping small businesses, she should start by preserving right-to-work.