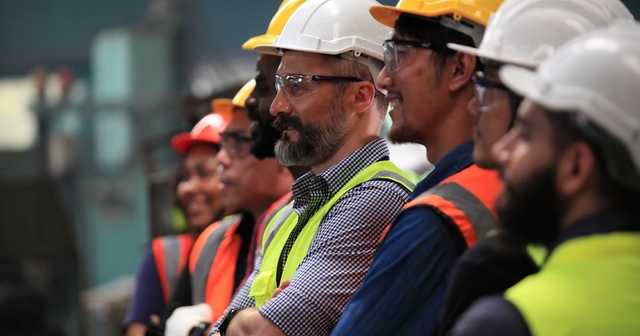 This article originally appeared at Real Clear Policy September 2 2022. The first sentence has been modified.

We feel compelled to alert policymakers of a robust movement of manufacturing and other jobs and opportunities from Ohio to Michigan and Indiana, our home states.

We have examined the employment impact of state right-to-work laws at the county level. Right-to-work laws simply say that no worker need be compelled to join or financially support a union. These laws allow for greater worker freedom, and evidence shows that they are a powerful economic development tool. Our study found mostly positive impacts for states with such protections and an unambiguously negative impact on the Buckeye State, which lacks a right-to-work law.

As we looked at Ohio, we found that in a typical county, the number of people working in manufacturing, as a share of the private sector workforce, was 30% lower than it would have been had the state adopted right-to-work in 2012. Some more background is in order.

Michigan and Indiana both adopted right-to-work laws in 2012. To measure the impacts of such laws — and specifically in these states — we collected key data from more than 3,000 counties and 18 industries across the United States. Our first goal was to examine employment differences where two states were touching each other, with one being right-to-work and the other not.

We expected to see any impact from a new right-to-work law by comparing neighboring counties. There is not much difference between Lenawee County, Michigan, and its neighbor, Fulton County, Ohio. They have similar topography, climate, attitudes toward unions and more. What is different are state public policies — in this case, a right-to-work law.

We also looked only at the states that touch Michigan and Indiana. We found that manufacturing share in those states was up 26% and 27%, respectively. The implication from our findings is that there is a clear realignment of manufacturing employment taking place; the most likely explanation is that some jobs moved from Ohio to Indiana and Michigan.

Consider one example. Phillips Tube Group expanded its Middletown, Ohio, manufacturing concern in 2020 into Indiana, just over the border, where it added 25 jobs. Owner Angela Phillips cited a more flexible labor market as key in her decision.

Our study also found mostly positive gains in other union-intensive industries, including construction, utilities and information services. Not all findings were necessarily positive, however. Employment share in education services was nearly 31% lower in border counties in right-to-work states, though slightly higher (1.3%) on the other side of the border in states without right-to-work.

Ours is not the only study of its kind, nor the only one to identify right-to-work laws as a powerful economic development tool. A 2018 literature review published by National Economic Research Associates concluded that “RTW laws directly affect economic performance through their impact on business location decisions,” as well economic output, personal income and employment.

It may not be a coincidence that statistics released by the Bureau of Labor Statistics show that through July of this year, right-to-work states added nearly 1.3 million jobs since the pandemic began, a 1.6% increase, while states lacking RTW policies lost 1.1 million, a 1.4% decrease. Sixteen of 28 right-to-work states in the country have fully recovered from jobs lost in the pandemic. Only two forced unionism states (Colorado and Montana) have done likewise.

The Buckeye State remains a manufacturing intensive state. Policymakers there would be wise to adopt a right-to-work statute. Research shows it has far-ranging and largely positive impacts on people, job providers and the broader economy.

Todd Nesbit is an Ohio native and former senior lecturer at The Ohio State University. He sports a tattoo of the Buckeye State on his right shoulder and remains a long-suffering fan of the Cleveland Browns. Nesbit is currently an assistant professor of economics at Ball State University in Indiana. Michael LaFaive is senior director of fiscal policy for the Michigan-based Mackinac Center for Public Policy.