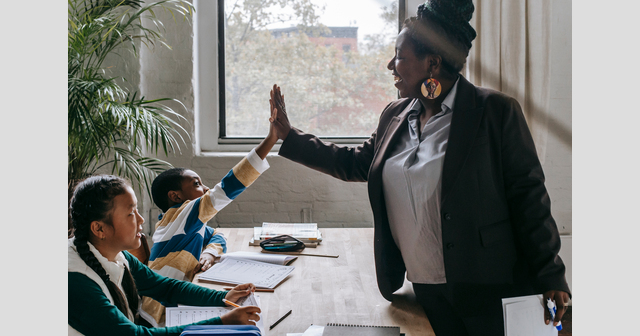 A recent Wall Street Journal editorial cites a study by the Mackinac Center for Public Policy in support of Michigan’s stalled proposal for student opportunity scholarships.

Michigan’s Legislature last October passed the Student Opportunity Scholarship Program, which would have provided up to $500 million in funding to help students pay for tutoring, private tuition, additional courses, and other education expenses. The program would be funded through dollar-for-dollar state income tax credits and would primarily benefit students from lower- and middle-income families. But the bill was vetoed by Gov. Gretchen Whitmer.

"Simply put, our schools cannot provide the high-quality education our kids deserve if we turn private schools into tax shelters for the wealthy," Whitmer said at the time. "The movement to privatize education in this state has been a catastrophic failure, causing Michigan students to fall behind the rest of the nation."

The governor’s claims do not match up with research on this topic. Mackinac Center Director of Education Policy Ben DeGrow worked with Martin Lueken, director of Ed Choice’s Fiscal Research and Education Center, to analyze the program and its potential impacts. Their report, released by the Mackinac Center May 11, found that the Student Opportunity Scholarship Program could actually reduce costs to taxpayers.

The program is now the subject of a petition drive to overturn the governor’s veto, and the Wall Street Journal’s editorial board notes that school choice is becoming a salient political issue in Michigan and across the nation. These concerns have been exacerbated by catastrophic learning losses during COVID-19-related shutdowns, as well as by school districts’ frivolous spending of federal pandemic relief dollars on items like smoothies and tennis courts rather than on students.

“The scholarship program provides a life raft for these students without burdening taxpayers,” the Journal writes.

The program could save Michigan taxpayers up to $386 million, the editorial board notes, pointing to the Mackinac Center’s research. The highest potential cost to taxpayers would be just $106 million, a negligible figure in the context of Michigan’s nearly $17 billion annual K-12 education budget.

The savings would come from the difference between the scholarship amount and the state’s guaranteed $8,700 in per-pupil funding. If some of the students receiving scholarships leave for private schools, public schools would be able to spend less money on variable costs, related primarily to classroom instruction and other student services. The average amount school districts spend per student on variable costs is $8,755, according to the report’s calculations. If students leave, then the school would only lose the state funding per student of $8,700.

Depending on the average scholarship amount and the “switcher rate” – that is, the share of scholarship recipients who transfer out of the public school system – taxpayers could save significant money. If 90% of recipients who use funds on private education options switch from public schooling and receive an average scholarship of $4,000, taxpayers would save $3,435 per scholarship. The Journal notes that the 90% switcher rate is supported by other research. Additional studies have shown that the overwhelming majority of education choice programs have a positive fiscal effect. Thus, this program would provide a way forward for the many students who are struggling after the COVID-19 pandemic and likely save money for all Michiganders.

The editorial is available in its entirety here, and you can read the Mackinac Center’s report on the bill here.

Help Families Pay For Their Own Tutors

​​​​​​​Getting a Fuller Picture of Education Choice