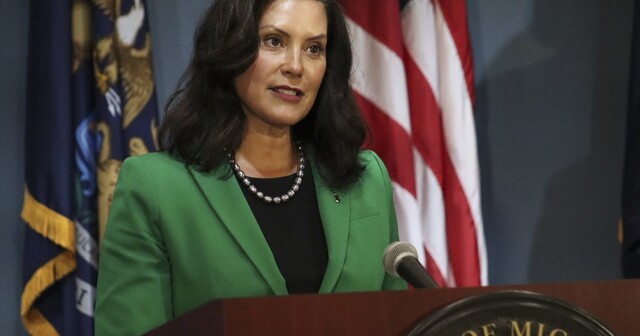 The $208 each Michigan household would have saved from a tax rate reduction was too much for Gov. Whitmer, who vetoed the cut, calling it “unsustainable.” But based on the budget the governor proposed, a better explanation is that she prefers to spend more money than to let people keep more of what they earn.

The state of Michigan’s taxes and fees generate more revenue than they did when Whitmer came into office. Excluding federal revenue — and the federal government has transferred a lot of money to state governments since the pandemic began — the budget increased from $34.4 billion to $39.1 billion. In other words, state spending has risen from $8,634 per household to $9,820 per household.

That’s what the state spends now. The governor wants even more. Her proposed budget would increase state spending to $42.0 billion. Whitmer can’t let families save $208 next year because she wants to increase the state budget by $743 per household. And that’s on top of the $1,186 per household the budget has already increased during her term.

It is state spending that is unsustainable, not the modest tax cuts. The budget’s cost to taxpayers is nine times more than the vetoed tax cut.

Lawmakers can call out the governor’s claims by rejecting the governor’s budget proposal and instead approving a budget that sets extra money aside. That would demonstrate that the state can afford to lower taxes.