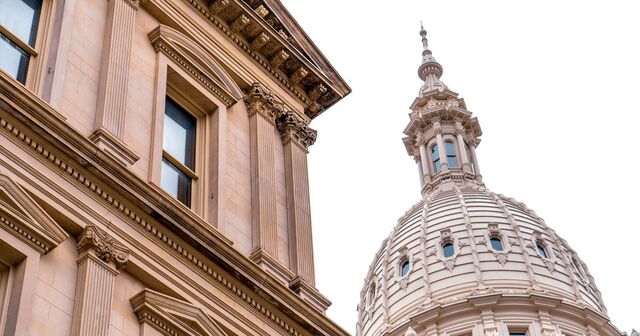 Spending limits on government can boost economic growth and opportunities

While Michigan employs 205,200 fewer people than in February 2020, a 4.6% decrease, the state government’s budget continues to grow.

To keep the government from spending more and further crowding out the productive private sector, the Mackinac Center has created the Sustainable Michigan Budget. This plan would set a maximum limit on what lawmakers can spend, based on changes in population and inflation. The next state budget would be allowed to grow by 3.15% under this formula, limiting spending of revenue from state taxes and fees to $39.1 billion.

Spending restraints should make it easier for lawmakers to lower tax rates. If state revenues exceed what needs to be spent, lawmakers should let individuals keep more of their hard-earned income. This would encourage job growth, provide more opportunities for Michigan residents and make the state more competitive economically.

Over the past two years, 14 states have cut their tax rates — including Ohio, which now taxes income at lower rates than Michigan. Lawmakers in Indiana are also looking to cut income taxes and business taxes as well as eliminating two state utility taxes. Limiting spending can help the state compete with its neighbors while providing a better economic environment for residents.

When lawmakers limit spending, they can use the extra revenue raised by the state to improve Michigan’s financial prospects by paying down long-term debt. Lawmakers accidentally made school employees the state’s largest creditors by severely underfunding the school pension system. This is a disservice to teachers and expensive to taxpayers. Paying down this debt would save billions of dollars in interest costs over time. 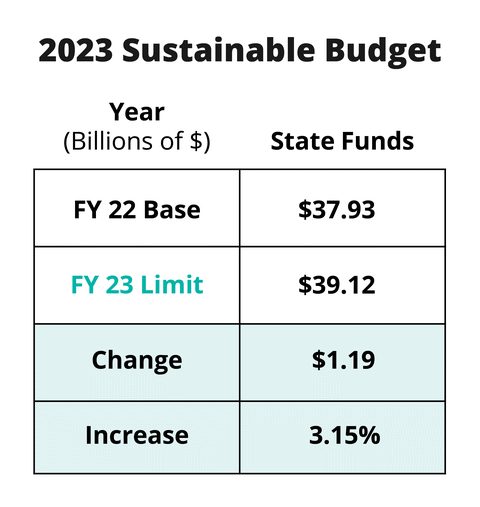 The Sustainable Michigan Budget does not apply to the large amount of federal funds recently sent by Congress to Michigan, as these should be only one-time appropriations. This is because fiscal transfers to the state budget are made primarily by federal lawmakers for restricted purposes. The funds cannot be used to lower state taxes or pay down state debts, for instance. 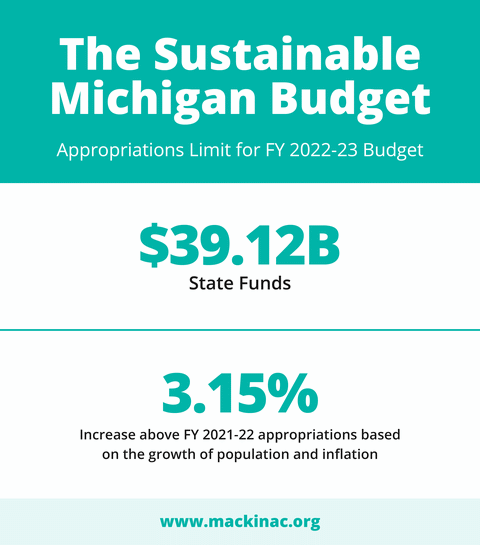 It’s an appropriate time to limit state spending. Michigan suffered through a one-state recession in the 2000s and these losses affected the state budget. Since then, however, state revenue has steadily increased. Spending grew faster than the rate of population growth plus inflation for eight out of the past 10 years. 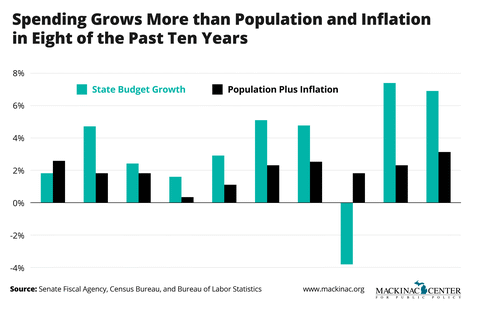 The Sustainable Michigan Budget would provide further protections than exist in the state’s current spending limit, which was put in place in 1978 by the Headlee Amendment. The current limit, based on personal income growth since 1977, would allow lawmakers to ratchet up spending by 35% before meeting this threshold. As such, it provides no real constraint on the size of the state budget.

Legislators find themselves with more taxpayer dollars at their disposal than ever before. They have been in the habit of spending every one of those dollars. As anyone who manages a household budget should know, that’s not a long-term, fiscally responsible practice. A Sustainable Michigan Budget would change this tendency. It would help ensure state funds are devoted to highest priorities, bolster the state economy, and, more importantly, ensure that residents have more opportunities to flourish in the productive private sector.