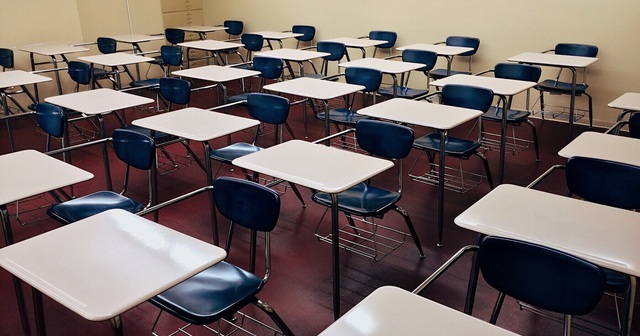 School board races have always been political

But almost always only on one side

A rise in contested school board races has led many in the media to start paying attention to these races.

Nonpartisan school board races across Michigan are anything but this election season. Super PAC money, attack ads and expensive social media campaigns have elevated once-quiet, historically independent races into emotional battlegrounds between parents and nonparents, conservatives and progressives and everyone in between with an opinion or agenda.

The article goes on to report that “political players [are] getting involved.”

Actually, political players have always been involved. It’s just that the involvement has happened only on one side – labor unions supporting candidates they believe will deliver for them.

The article goes on to note:

It's been a long tradition for the local chapters of the Michigan Education Association, the state's largest education union, to identify and recruit prospective school board candidates. But for the first time this year, [conservative groups are] targeting some Metro Detroit school board races, too.

It’s interesting that far-left teachers’ unions getting involved in school board races have hardly been mentioned in the media over the years, but as soon as conservative parents and groups supporting them start running, they are met by a critical media.

As I wrote recently in The Hill:

The teachers’ union in Michigan, the Michigan Education Association (MEA), is endorsing nearly 200 candidates across the state. The MEA’s state filings show that it spent tens of thousands of dollars on school board races in 2020. The union gave more than $1,000 each to multiple candidates for open seats on school boards in Plymouth-Canton, Ann Arbor, Oak Park and Dearborn Heights. It also spent big in Walled Lake, Farmington Hills, Allen Park and elsewhere. The union surely is doing so again this year. We’ll know how much they’re spending toward the end of the year when filings come due.

In school board races, which typically feature low spending, even a few hundred dollars raised goes a long way. Indeed, 75 percent of the candidates receiving money from the Michigan union in 2020 won their races — including a clean sweep of all four spots in the Detroit suburbs of Plymouth-Canton. The union apparently is so flush with money that it could afford to spend $500 on a write-in candidate in McBain, the eighth-smallest city in Michigan (the candidate was among the rare union-backed losers).